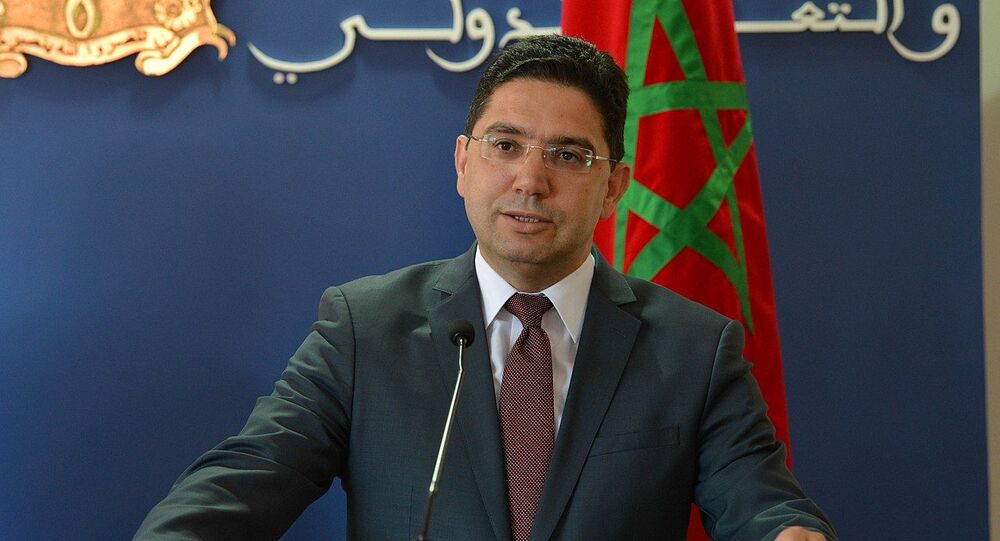 The Saharawi Polisario Front fought a 16-year war against Morocco and Mauritania for an independent Western Sahara, which ended in a UN-brokered peace and a promise of an independence referendum that hasn’t come. Until recently the US supported it, but has now prioritized shoring up international support for Israel.

The Biden administration won’t be changing course on former US President Donald Trump’s December 2020 decision to recognize Morocco’s claims of sovereignty over Western Sahara. The news comes amid reports Morocco’s chief diplomat plans to attend a conference hosted by the American Israel Public Affairs Committee (AIPAC), Israel’s largest lobby in the US.

Sources familiar with a Friday phone call between US Secretary of State Antony Blinken and Moroccan Foreign Minister Nasser Bourita told Axios that while a State Department readout of the call doesn’t mention Western Sahara, the two discussed the topic and Blinken said the administration wasn’t looking to change existing US policy on it at the moment.

The closest thing mentioned in the readout says Blinken “welcomed Morocco’s steps to improve relations with Israel and noted the Morocco-Israel relationship will bring long-term benefits for both countries.”

The news comes amid reports that Bourita is attending a May 6 event hosted by the AIPAC in what is likely an attempt to further shore up support from the Biden administration after an ambiguous move by Washington at a recent United Nations meeting on Western Sahara.

According to Morocco World News, AIPAC has invited Bourita to be a “distinguished guest” at the May 6 Mid-Atlantic Spring Program, which is being held online in lieu of its annual Washington, DC, conference that was cancelled in 2021 due to the COVID-19 pandemic. It is the first time a Moroccan senior official has attended as a guest of honor.

The event will reportedly be attended by a number of prominent US and Israeli figures, including Israeli infrastructure minister Yuval Steinitz; the Israeli Defense Ministry’s politico-military affairs director, Zohar Palti; and Binyamin Zomer, Director of Corporate Affairs at Noble Energy, who was previously AIPAC’s deputy director of policy and government affairs.

Morocco agreed to normalize and formalize its relations with Israel in December 2020 as part of an agreement with the Trump administration that included Washington recognizing Rabat’s claims of sovereignty over Western Sahara. Morocco has occupied the non-self-governing territory since 1975, although a 1991 peace deal with the indigenous Saharawi liberation front Polisario promised an independence referendum overseen by the United Nations.

That peace agreement collapsed in November 2020 after Moroccan police forcibly dispersed a Saharawi sit-in protest in Guerguerat, a southern border crossing between Western Sahara and Mauritania. In 1976, a Saharawi Arab Democratic Republic was declared in the territory, but due to huge sand berms built by Morocco to divide the territory, the SADR only exercises authority east of the wall; in the west along the Atlantic coast, Moroccan rule holds sway and most the country’s urban areas and industries are located.

A Deal Nobody Likes

As early as late December, weeks before Biden took office, Rabat was already lobbying the incoming administration, with Jerusalem just as nervous that if Biden did so, Israel’s deal with Morocco could fall apart as well. The two states have signed economic agreements and established direct flights that will begin after the end of Ramadan, and the US has opened its own consulate in the Western Saharan capital of Laayoune.

However, Trump’s decision was highly unpopular among senior US diplomats and lawmakers, who highlighted Washington’s long-standing support for the UN peacekeeping mission MINURSO and an equitable solution for the Saharawis, urging Biden to unring the recognition bell.

A Saharawi diplomat told Sputnik at the time of the deal that it would only embolden Moroccan repression of the Saharawis, which would cause their militant struggle to deepen.

“We thought that with our good behavior, that they were going to reward us with our right of self-determination. Now, we can see that we were very naive,” said Omeima Abdeslam, the Polisario representative to Switzerland.

The decision was far from popular in Morocco either, where support for the Palestinian struggle remains high. When the deal was announced, Prime Minister Saad Eddine El Othmani, who heads the conservative Justice and Development Party, tried to distance himself from it, saying it was a decision by King Mohamed VI and asserting that the move in no way means support for Trump’s so-called “Deal of the Century.” Other Arab nations, including the United Arab Emirates and Bahrain, agreed to their own recognition of Israel as part of a US-brokered deal that halted Jerusalem’s planned annexation of large parts of the West Bank.

Sputnik Screenshot
US Ambassador to Morocco David Fischer signs a new map of Morocco on December 13, 2020, that includes the disputed territory of Western Sahara as part of Moroccan territory, which US President Donald Trump had just recognized.

After those two nations penned their deals with Israel in September, one of Othmani’s advisers told Israel Hayom a similar deal would be impossible without US recognition of Morocco’s claims over Western Sahara. According to Middle East Monitor, if Biden were to undo Trump’s move, Morocco would likely withdraw from its agreement with Israel, or at least decline to expand their ties further.

Last week was the UN Security Council’s first meeting on Western Sahara since the outbreak of war and the US-Morocco-Israel deal, and both Saharawis and Moroccans expected the body to act in their favor. Instead, the meeting produced little more than an agreement that a new UN envoy must be appointed in order to facilitate negotiations between the two sides.

At the meeting, the US presented a document calling for the two sides to adopt a “constructive” attitude toward MINURSO and to “avoid escalation.” On the one hand, this was not the repudiation of Trump’s move the Saharawis wanted, but it also wasn’t a firm statement of support for Morocco, either, leaving the issue open to interpretation until Friday's phone call.