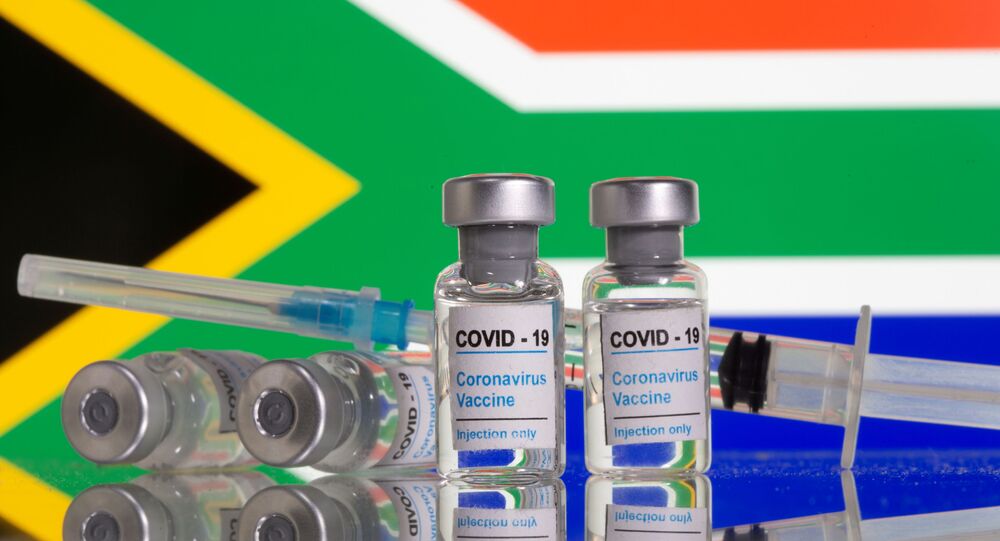 South Africa's temporary halt on giving the US-developed Johnson & Johnson coronavirus vaccine as part of a mass clinical trial did not stop negotiations for a huge supply contract with local licensed producer Aspen Pharmacare — throwing a lifeline to its unused $210-million plant on the Indian Ocean coast.

The South African government's contract for millions of COVID-19 jabs has bailed out a firm which donated to the president's leadership campaign.

Aspen Pharmacare senior executive for strategic trade, Stavros Nicolaou, said the company would complete a first batch of 1.1 million doses of the license-produced, US-developed Johnson & Johnson vaccine over the weekend.

Financial analysts told the South African Sunday Times that the deal was a lifeline to Aspen's factory in the Coega Special Economic Zone in Port Elizabeth, Eastern Cape province. The plant was built in 2017 at a cost of 3 billion rand (£151 million, $210 million) with the intention to make anaesthetics, but had not begun production.

Absa Asset Management portfolio manager Carmen Mpelwane said Aspen had been in "the right place, with the right facilities at the right time", while Sasfin Wealth senior equity analyst Alec Abraham said the contract would be hugely significant for the firm, "at least covering the fixed costs" of the new plant.

Neither Aspen or the government have revealed the agreed-upon price for the vaccines or how much profit the company will make from the deal for 31 million doses.

South African President Cyril Ramaphosa has been accused of favouring Aspen and J&J over rivals such as Russia's Gamaleya Institute — developers of the Sputnik V vaccine — and the Serum Institute of India (SII), which makes the AstraZeneca 'Oxford' jab under license. China, another member of the BRICS bloc of emerging economies, has also yet to secure South African orders for its Sinovac and other vaccines.

Aspen and Nicolaou donated millions of rand between them to Ramaphosa's 2017 campaign for leadership of the ruling African National Congress, which placed him as successor to then-President Jacob Zuma. ANC leaders do not customarily spend significant sums on campaigning for internal party elections.

© REUTERS / POOL
FILE PHOTO: FILE PHOTO: COVID-19 vaccination at Khayelitsha Hospital near Cape Town
© REUTERS / Tiksa Negeri
US Halt on J&J Jab Throws Africa’s COVID-19 Vaccine Programme Into Chaos
The African Union's (AU) African Vaccine Acquisition Task Team (AVATT) — set up last summer by Ramaphosa when he held the organisation's presidency and bases in South Africa's financial capital Johannesburg — ordered 220 million doses from J&J in early April, with an option on 180 million more, of which the majority are set to be supplied by Aspen. A week later the AU Centres for Disease Control and Prevention director, John Nkengasong, said that the 55-nation association had cancelled all orders with the SII.

Last week, Health Minister Zweli Mkhize told Parliament that Aspen was demanding "unreasonable terms and preconditions" in the contract, including the government investing in the Port Elizabeth facility. Days later he announced a R250-million (£12.7 million, $17.6 million) "no-fault" compensation fund for those suffering harmful side-effects from the jab, based on an estimate of 800 to 2,000 potential cases.

Acting Minister in the Presidency Khumbudzo Ntshavheni told reporters this week that contractual disputes had been settled "without compromising the position of SA". Nevertheless, Nicolaou said only half of the South African production would be "kept on African soil" under the terms of the deal — without specifying where the rest would exported to.

Also last week, national medical regulator SAHPRA lifted its suspension of the J&J vaccine's use in a mass clinical trial among healthcare workers. The body had followed the lead of its US counterpart the FDA, which initially halted the use of the jab after six recipients in the US suffered blood clots.