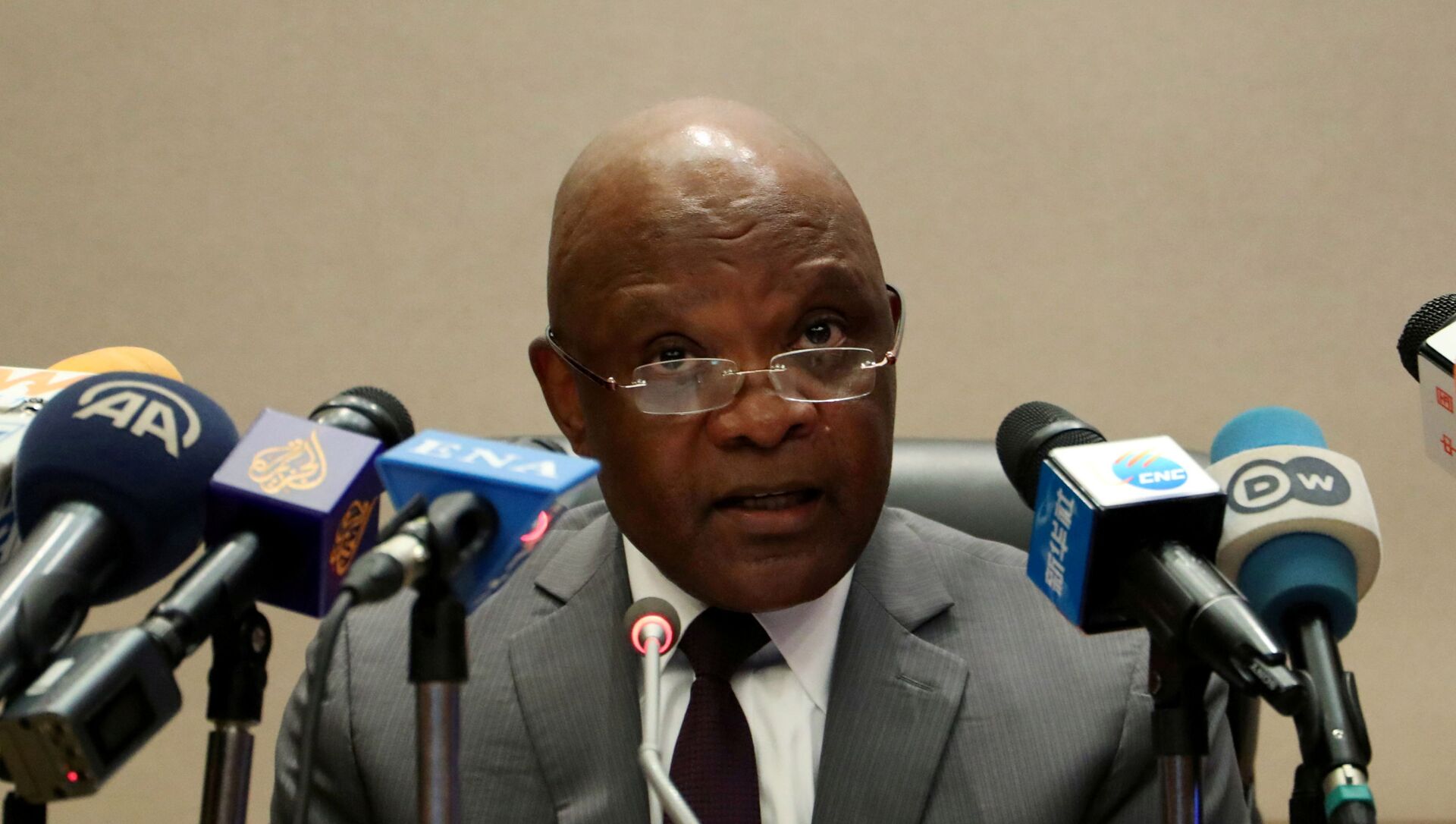 The African Union had only last week placed an order for up to 400 million doses of US firm Johnson & Johnson's coronavirus vaccine — most of which were to be made at a South African plant — for distribution to its 55 member states.

US regulators' decision to suspend use of the Johnson & Johnson vaccine has thrown Africa's COVID-19 inoculation drive into chaos.

Now questions are increasingly being raised as to why supply deals have not been struck for Russian and Chinese vaccines such as Sputnik V and Sinovac.

The decision of the US Food and Drug Administration (FDA) and the Centers for Disease Control and Prevention (CDC) to suspend use of the Johnson & Johnson vaccine prompted South African drug regulator SAHPRA to follow suit. The FDA and CDC took the step after six US patients — out of 6.6 million immunised with the jab so far — reportedly developed blood clots.

"I humbly call for calm and patience as we ensure that we continue to be properly guided by science in ensuring the safety of our people as we rollout the vaccine campaign," Health Minister Zweli Mkhize said.

Mkhize claimed he had "secured" a total of 30 million doses from German-US manufacturer Pfizer — but deliveries would not begin until May, when less than two million would arrive. That would be enough to fully immunise 15 million of South Africa's nearly 60-million, half the reach of the 30 million single-dose J&J vaccines already on order.

South Africa had already rejected the AstraZeneca ‘Oxford’ jab after a small, non-peer reviewed study indicated limited effectiveness against mild cases of the virus — and gave away 1 million doses already delivered by the Serum Institute of India (SII) to regional cooperation organisation the African Union (AU). Instead of the AstraZeneca rollout, Pretoria launched a mass clinical trial of the J&J vaccine to healthcare workers.

The African CDC, the AU’s health body named after its US counterpart, announced just last week it's Johannesburg-based African Vaccine Acquisition Task Team (AVATT) had placed orders for up to 400 million doses from American firm J&J — relying on licensed production by South Africa's Aspen Pharmacare for the great bulk of its distribution programme to its 55 member states.

But in a statement on Thursday, the African CDC said it would “continue to monitor reports of adverse events”, stressing that South Africa was the only African country currently using the J&J vaccine.

On Wednesday, Mzkize admitted to parliament that licensed production of the vaccine — by Aspen's plant in the Coega special economic zone near Port Elizabeth — would not begin until the government agreed to fund a major investment.

Mkhize said he made the revelation “to demonstrate to members some of the difficult and sometimes unreasonable terms and preconditions that we have had to navigate”.

Pfizer also demands governments grant it immunity from litigation over harmful side-effects as part of its supply contract.

President Cyril Ramaphosa has already been accused of favouring J&J over other producers after Aspen and its senior executive Stavros Nicolaou donated millions of rand to his 2017 campaign for leadership of the ruling African National Congress. Ramaphosa set up AVATT in August 2020 when he held the rotating presidency of the AU.

South African Health and Education union NEHAWU urged the government to turn to its partners in the BRICS trade association, along with its long-standing ally socialist Cuba, for alternative vaccines.

"Our search for effective and safe vaccines must also consider Cuba, China and Russia," NEHAWU General Secretary Zola Saphetha said. "With the third wave very imminent it is very imperative to move with speed in securing vaccines in order to reach herd immunity."

Vaccine for COVID South Africa 'Mutant' Virus Variant May Take Months, Reports Say
"One cannot help but once again point to China in leading not only the rolling out of its vaccine programme, but the production of its own vaccines against Covid-19," academic and expert on Sino-South African relations Wesley Seale wrote on Friday for the Independent Online.

Also on Wednesday, Italian daily newspaper La Stampa quoted an Italian health ministry source who said the European Commission — which insisted on centralising vaccine purchasing and distribution for the 27-member bloc — would not renew its contracts with AstraZeneca and J&J when they expire this year, effectively leaving Pfizer as its sole supplier.

The Pfizer vaccine must be stored at 70 degrees centigrade below zero, limiting the number of facilities that can administer it, while AstraZeneca, J&J and Sputnik V jabs can be kept in a normal refrigerator.