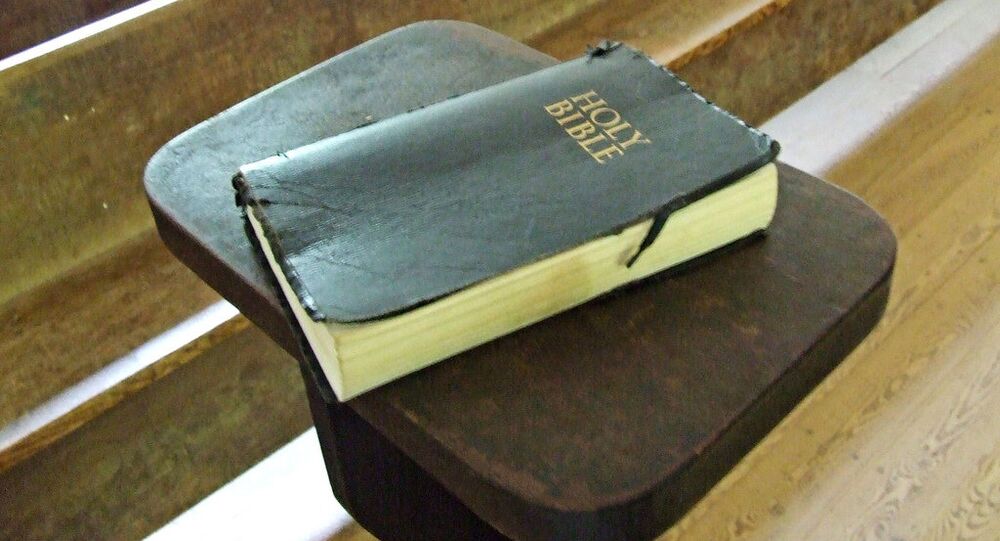 Chief Justice Mogoeng Mogoeng sparked controversy last year when he claimed the South African government's criticism of Israel's occupation of the Palestinian territories would bring down a biblical curse on the nation.

Chief Justice Mogoeng Mogoeng made his bizarre comments in a webinar on Sunday night, while discussing a recent order for him apologise over attacks on South Africa's policy towards Israel and Palestine. the country's highest judge said he knew of “many attempts to kill me” — and warned the Lord would strike down anyone planning to follow them, the Daily Maverick reported.

“The Lord has cancelled those attempts. There was a recent one this year – a plot to kill me. The Lord revealed it," Mogoeng said. "Anybody from today, who is plotting to disgrace me, they will die before they can even do it, in the name of Jesus."

Mogoeng rejected the recent ruling of the Judicial Conduct Committee (JCC) that he should apologise for remarks he made at another webinar hosted by the Jerusalem Post in June 2020, claiming God told him to speak at the event — where he claimed the South African government's criticism of Israel would bring a biblical "curse" upon the nation.

“I was found guilty of four counts of misconduct. And the question is, why? It is because under instruction of the Lord I accepted an invitation from the chief Rabbi of South Africa to share a platform with him," he said.

“The essence of the message was: If you curse Israel, you will attract the curse, according to my understanding of Genesis 12, verses one to four (that God will bless those who bless Israel, and curse those who curse Israel)," Mogoeng warned.

© Flickr / kartografia
Israel Targeted Multiple Iranian Ships Bound to Syria, Report Claims
"I am under an obligation as a Christian to love Israel, to pray for the peace of Jerusalem, which actually means the peace of Israel," he said at the event last June. "I cannot as a Christian do anything other than love and pray for Israel, because I know hatred for Israel by me and my nation, can only attract unprecedented curses upon our nation."

Israel was a staunch ally of apartheid-era South Africa, and was one of the few countries to sell arms to the authorities during the last decades before the racially-divided system was overthrown. The African National Congress, which has ruled since the first free elections in 1994, supports an end to the Israeli occupation of the the Palestinian territories and has consistently condemned the actions of Israeli security forces there.