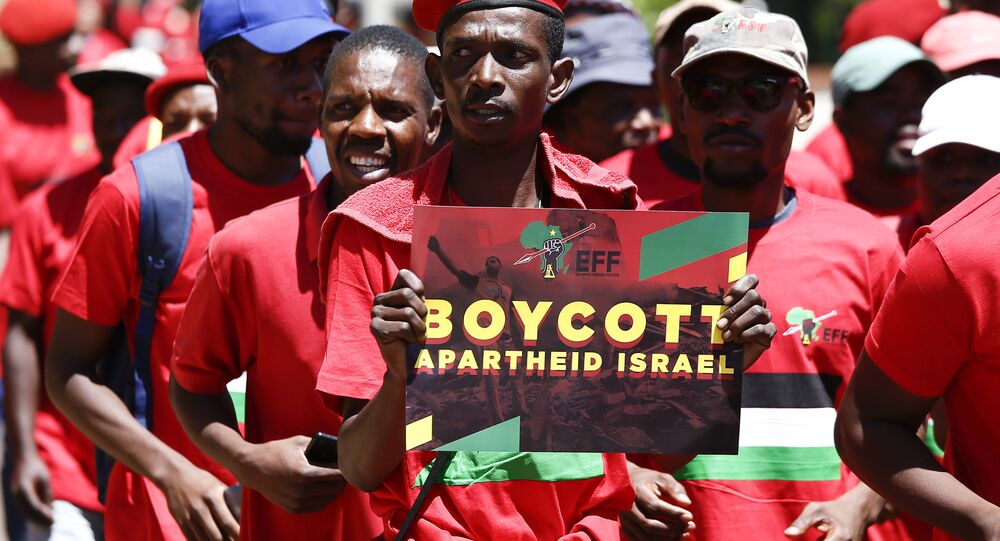 The downgrade is reportedly connected with Pretoria's dissatisfaction with the situation on the Israeli border with Gaza and alleged "violations of the rights of Palestinians" by Tel Aviv. The decision was originally made in December 2017 after the US recognised Jerusalem as the Israeli capital.

Lindiwe Sisulu, South Africa's minister of international relations and cooperation, has announced that the country will not be replacing its departing envoy to Israel, thereby practically downgrading its diplomatic mission and leaving only consular functions to its mission in Tel Aviv.

"We are in the process of following the downgrade resolution of the ruling party and stage one has been completed. Our liaison office in Tel Aviv will have no political mandate, no trade mandate and no development cooperation mandate. It will not be responsible for trade and commercial activities", she said.

The move comes in wake of a recent statement by South African President Cyril Ramaphosa, who said that the country's government is "in the process" of fulfilling a December 2017 decision by the governing African National Congress Party to reduce the country's diplomatic presence in Israel. The original decision was made in support of the Palestinians and in protest against alleged "human rights abuses and violations" by Israel.

South Africa withdrew its ambassador in May 2018, following clashes at the Gaza border with Israel that left many Palestinians dead and injured. However, the ambassador quietly returned to Tel Aviv later in September 2018.

South Africa and Israel have mostly enjoyed close ties since the end of the Cold War, having developed a close economic and military partnership during the Apartheid-era. Since the end of Apartheid, South African officials have advocated for a two-state solution to the Israeli-Palestinian conflict, with efforts made to normalise relations after President Nelson Mandela visited Israel in 1999.