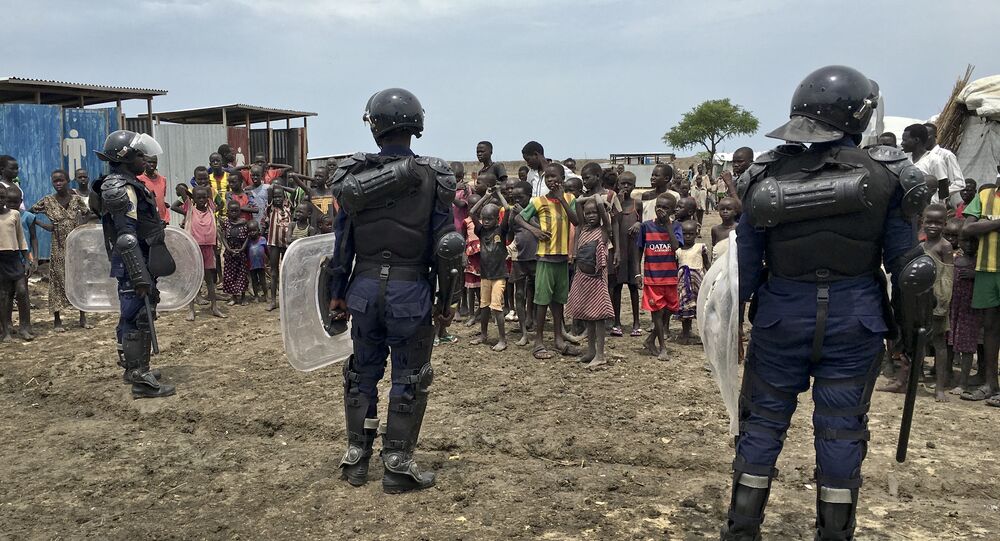 Popular faith in the Juba government suffered a serious blow among people living near the Nile River last year, amid a poor response to catastrophic floods that destroyed dozens of villages.

The United Nations’ mission to South Sudan has issued a startling new report showing that violence in the East African nation continued unabated through 2020 in spite of a peace accord purporting to end the six-year-long civil war.

“We have documented the new levels of militia violence engulfing more than three-quarters of the country at a localized level in which children carry weapons and women are traded as spoils of war like chattels,” Sooka said, noting that civilians had described weapons never seen before in the conflict.

In November, Amnesty International advised the UN Security Council not to remove the arms embargo put against South Sudan in 2018, citing the essentially unchanged situation in the country since the peace deal in February.

Barney Afako, another member of the commission, noted that a “vacuum” of power at the local level had allowed violence between rival ethnic groups to swell. The violence has largely been between allied militias of the Dinka and Nuer peoples on one side, and those of the Murle on the other.

“There are no governors in place or no county commissioners in place. So, there is nobody to deal with those cleavages which had remained,” Afako said. “Instead what we saw was that the weaponry that have been left in the community as well as that which is now supplied by others fuelled this communal violence.”

“The violence is continuing because people know they can get away with it,” Sooka added, noting that “no doubt that the coordination is really coming from the top.”

Sooka said the levels of violence “have already surpassed” those seen in the early parts of the civil war.

She described “systemically and deliberately torched” homes as well as women being “abducted, raped, gang-raped, and sexually enslaved, and in some instances are forcibly married.” She also said children were being abducted and assimilated into the militia groups, turned into child soldiers.

South Sudan broke away from Sudan and formed a separate country in 2011, following decades of war against both the central government and rival ethnic groups, driven largely by Khartoum’s “divide and rule” attitude toward the myriad tribes inside its borders. However, the situation slowly deteriorated over the next two years as rival factions developed in the ruling Sudan People’s Liberation Movement and old rivalries between tribes rekindled.

The civil war broke out in December 2013 when parts of the army loyal to Vice President Reik Machar rebelled following Machar’s firing by President Salva Kiir. Kiir, an ethnic Dinka, had accused Machar, an ethnic Nuer, and others in his circle of attempting to mount a coup d’etat. By 2018, an estimated 400,000 people had been killed and millions driven across the border into Uganda and Sudan.

After nine rebel groups united to jointly negotiate with Juba, peace talks yielded an uneasy truce that simplified the federal system and reinstated Machar as vice president in February 2020 under a power-sharing agreement between his and Kiir’s movements. However, the disarmament process that was supposed to follow has proceeded at a slow pace amid significant resistance.

UNCHRSS is due to present its report on the South Sudan situation to the Human Rights Council on March 10.