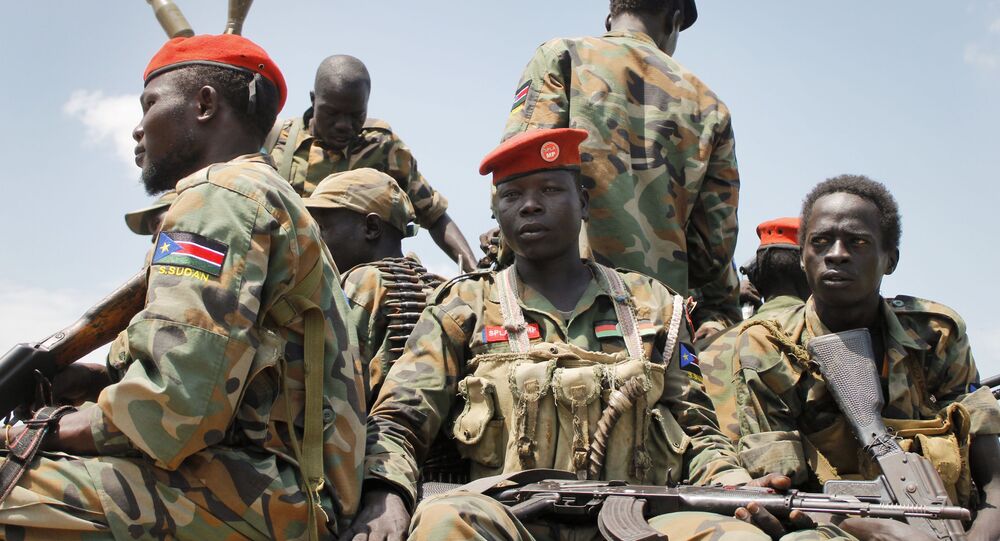 Ethiopia was thrust into a localised civil war in early November after federal troops began an operation to take control of the Tigray region after local authorities disobeyed orders to postpone elections. As many as 50,000 civilians are believed to have fled to neighbouring Sudan, with which Ethiopia has a 744 km border.

Sudan’s military has restored control over the entirety of its border with Ethiopia, Sudanese Foreign Minister Omar Qamareddine has announced.

“The armed forces have now fully recovered all Sudanese territory. The borders have already been demarcated, all that’s remaining in our talks…is increasing the border signs,” Qamareddine said, speaking at a press conference in Khartoum on Thursday, his remarks cited by AFP.

Earlier, army deputy chief of staff Lieutenant-General Khaled Abdin al-Shami specified that recent fighting in the region had taken place “against members of the Ethiopian army, not [local Ethiopia-backed] militias, considering the use of large-scale and long-range weapons.”

Al-Shami said the army had regained numerous villages inhabited by Ethiopian militias, with farmlands taken in areas including Al-Fashaqa Al-Kubra and Al-fashaqa Al-Sughra. “The armed forces have completely secured these areas and are ready to face any party contemplating attacks against them,” the senior officer said.

The past week has seen clashes over agricultural lands in the al-Fashaqa region, a part of Sudan traditionally settled by Ethiopian farmers. Sudan has long accused Addis Ababa of supporting local militia fighting for control of the border territory, which is said to contain more than 2.5 million acres of fertile farmland. The Ethiopian government has denied these claims.

On Wednesday, an Ethiopian foreign ministry spokesperson accused “outside forces” of being responsible for the spike in tensions with Sudan, and said these forces “want the region to be in chaos and want to benefit from that chaos.” The spokesman did not name these “outside forces.”

© CC BY-SA 4.0 / Ec09495
Israel to Send First Delegation to Sudan After Normalising Ties, Media Reports
Khartoum announced the beefing up of its military presence along the border area earlier this month, taking advantage of instability caused by Addis Ababa’s ongoing war with militias in Tigray, the rebellious region whose government dropped out of Prime Minister Abiy Ahmed’s coalition last year.

Sudanese troops are advancing on the disputed territory between Sudan and Ethiopia, sporadic fighting is ongoing, and Ethiopia is facing wars from Sudan and South Sudan alongside Sudan,#Ethiopia #Eritrea #Somalia #Kenya #Sudan pic.twitter.com/IlqcMzieKM

Up to 50,000 mostly Tigrayan civilians have fled into eastern Sudan since the conflict began, with reports of armed clashes between Sudanese and Ethiopian forces, which Khartoum and Addis Ababa have blamed on one another. Talks were held this week in the Sudanese capital to try to resolve the issue, with the Ethiopian side saying it wants to see a peaceful resolution to the conflict. Sudan maintains that its operations are strictly about securing the border in accordance with the country’s constitution, and that it has no aggressive intensions against Ethiopia.

The Ethiopian-Sudanese border agreement dates back to 1902, more than fifty years before Sudan gained its independence from Britain in 1956. The countries have repeatedly clashed over the border and held talks on the matter in the decades since, with the last such-talks taking place in May, but a follow-up meeting was cancelled. Omar al-Bashir, the Sudanese president who led the country between 1989 and 2019, when he was deposed in a military coup, had allowed the Ethiopian farmers to grow their crops in the border area. His downfall has sparked renewed demands by Sudanese farmers to get the lands back.

© AP Photo / Marwan Ali
BBC Glosses Ethiopia Horror
The conflict between Tigray and the federal Ethiopian government began in early November, with Addis Ababa sending troops into the region after months of escalating tensions with the local government compounded by the region’s refusal to postpone local elections in September on the grounds of COVID-related concerns.

Ethiopia is one of the most ethnically, religiously and linguistically diverse nations in Africa, boasting more than 80 different ethnic groups and religious denominations including Ethiopian Orthodoxy, Islam and Protestantism. Observers have expressed fears that the Tigray conflict may spark a broader civil war.

The UN estimates that thousands of people have been killed since the start of the Tigray conflict, and that more than 950,000 civilians have been displaced.