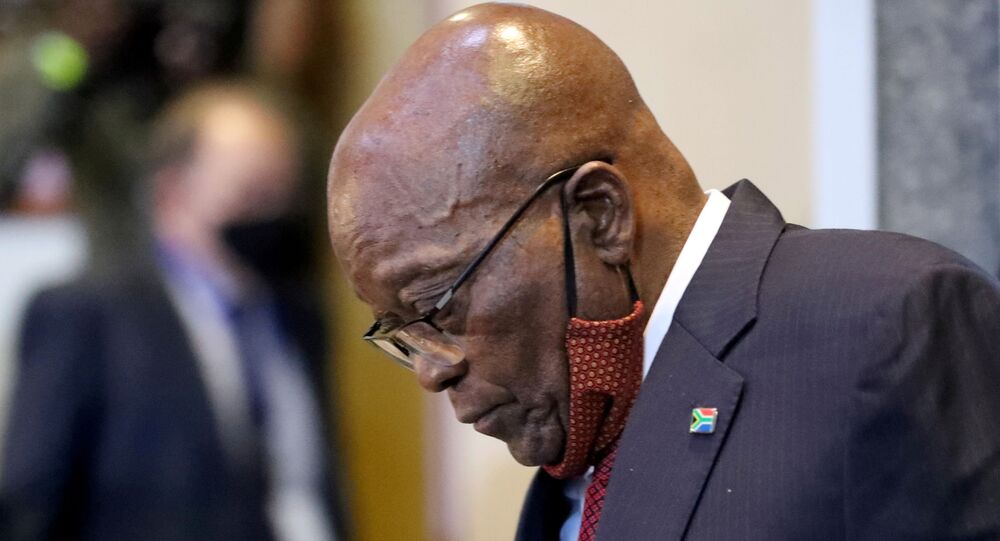 A legal expert and a leading academic have joined voices in defence of former South African president Jacob Zuma's defiance of demands that he testify for a third time at the the Zondo Commission into "state capture".

South Africa's anti-Apartheid armed struggle veterans have vowed to defend former president Jacob Zuma from arrest over his refusal to testify at the inquiry into alleged corruption.

uMkhonto we Sizwe Military Veterans Association (MKMVA) spokesperson Carl Niehaus told The Citizen on Thursday a recent Constitutional Court ruling ordering Zuma to testify at the Zondo Commission into “state capture” was a “very serious erosion of his constitutional rights” to refuse to testify.

“We will go there to pledge our support and also to tell him that we are ready to protect him in the instance where there’s any attempt to try and arrest him,” Niehaus said.

Zuma walked out of the commission of inquiry in November, after being called to testify for a second time, when presiding Deputy Chief Justice Raymond Zondo dismissed the former president's motion for him to recuse himself from the proceedings. Zuma's legal team said the judge, appointed by Constitutional Court Chief Justice Mogoeng Mogoeng, was biased against him based on their previous personal associations.

Writing for The Star, Seepe said the Constitutional Court had put "the cart before the horse" in its "bizarre" judgement by pre-empting the outcome of Zuma's appeal to the High Court. He also criticised the courts award of the commission's legal costs against Zuma, despite the former president not contesting their case.

"The dominant narrative has been that Zuma's position is a threat to both our constitutional order and, by extension, our democracy," Seepe wrote. "Scant attention is paid to whether, in
directing Zuma to account, as he must, the Constitutional Court may have violated his constitutional right or not."

Ngalwana pointed out in a blog post that the exclusive legal and media focus on Zuma ignored the fact that he set far broader parameters to the inquiry, which he ordered in 2018 in response to outgoing public protector Thuli Madonsela's "State of Capture" report. That report claimed Zuma's government was in the pocket of the Indian immigrant Gupta family of businessmen.

"We cannot ignore the expanded Terms of Reference," the lawyer said, warning against a "tunnel vision" focus on Zuma. "Allegations concerning people who are not perceived as falling within Mr Zuma’s camp or faction are not pursued as vigorously as allegations concerning those viewed through the Public Protector’s lens."

With the Zondo Commission less than two months away from its March 31 deadline to wrap up and report, Time is on Zuma's side. He has already signalled his readiness to be jailed, as he was under the Apartheid regime, rather than testify against his will.

© AFP 2021 / MICHELE SPATARI
South Africa Putting Vaccination With AstraZeneca on Hold as Study Reveals Low Efficacy
Zuma is a three-decade veteran of MK, the armed wing of the African National Congress (ANC) that has governed since 1994. He was arrested shortly after his recruitment in 1963 and jailed for ten years at the notorious prison on Robben Island. He later served in MK's intelligence section under Thabo Mbeki, who became president from 1999 to 2007 with Zuma as his deputy.

Zuma resigned in February 2018 after the ANC's national executive passed a vote of no confidence in him over the claims in relation to the Gupta brothers. He was replaced by his billionaire deputy Cyril Ramaphosa — who now faces corruption allegations himself over a claimed R1 billion (£49 million, $68 million) in donations to his 2017 internal party campaign to become leader of the ANC and de-facto presidential candidate in the 2019 general election.