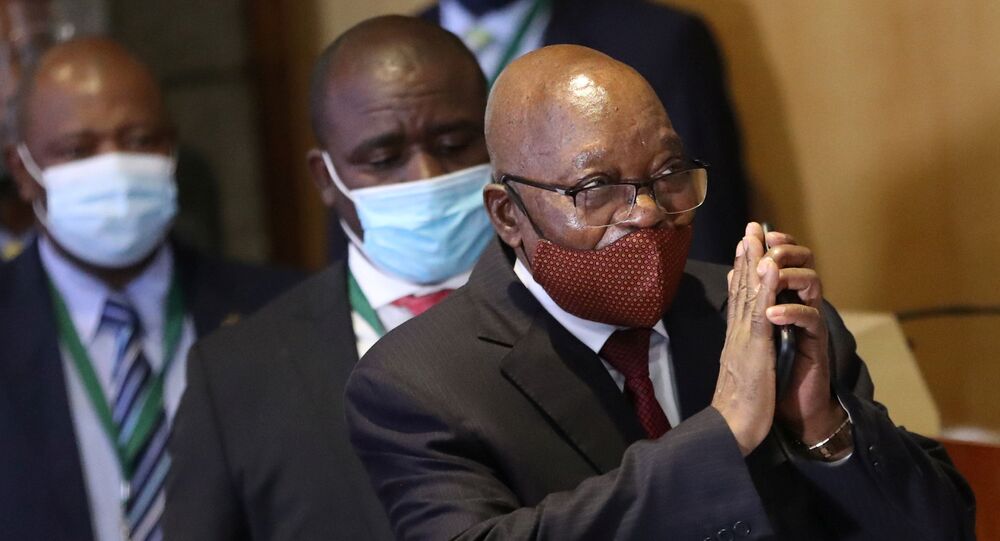 Ousted president Jacob Zuma, who still enjoys widespread public support, "excused" himself from the State Capture Commission hearings last Thursday after Judge Raymond Zondo ruled that he did not have to recuse himself from the chair despite their close relationship.

A senior South African Judge has demanded criminal charges against former president Jacob Zuma after he “excused” himself from a corruption commission hearing.

Deputy Chief Justice Raymond Zondo said on Monday he had has asked the secretary of the State Capture Commission he chairs to make a formal criminal complaint against Zuma.

"I decided that the Secretary of the Commission should lay a criminal charge against Zuma with South African Police Service," Zondo said.

The judge added that he would issue a new summons to Zuma to testify before the commission whose proceedings he had walked out of four days earlier.

Zuma had been subpoenaed last week for the second time in more than a year, but his lawyers moved for Zondo to recuse himself over their “close relationship” and the judge’s “bias”. After Zondo ruled in his own favour last Thursday and called a tea break - having also given evidence on his own behalf - Zuma and his team “excused” themselves and walked out.

Zuma's barrister, Senior Counsel Muzi Sikhakhane, said Zuma had made his excuses to the inquiry chair "so that it's not called a walkout or defiance".

But the advocate also told Zondo he had made himself “judge in a dispute that involves yourself” and that his team would make a complaint to the Judicial Services Commission. 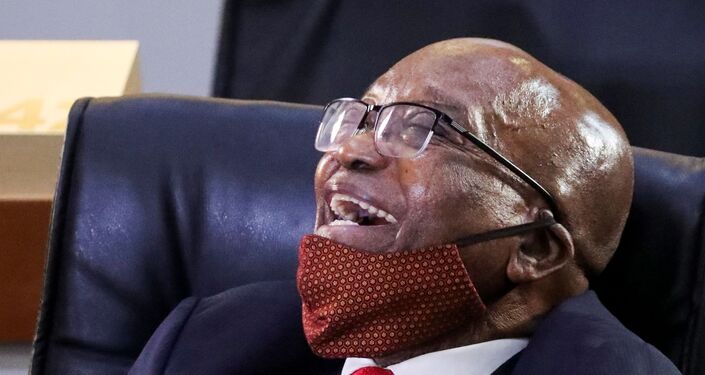 Legal experts and commentators have pointed out that Zuma is well-placed to simply stall for time until the Marc 31 2021 deadline for the commission’s report to President Cyril Ramaphosa.

Franny Rabkin wrote in South Africa's Sunday Times that both the criminal complaint against Zuma and advocate Sikhakhane's request for a review of Zondo's ruling against his recusal could take months to resolve - with potential appeals to follow.

"A breach of the summons does not authorise the arrest of Zuma in order to ensure his attendance at the commission," Rabkin stressed. "If an interdict is sought, and the former president loses, the commission may resummons Zuma - and risk being snubbed again."

And advocate Paul Ngobeni said it was inconceivable that Zondo, the second-highest judge in the Constitutional Court, could presume to simultaneously act as judge, respondent and witness in the recusal motion.

"How could Zondo, the number two judge in the apex court of this country so horribly miss the abecedarian concept that that a judge cannot be, or cannot appear to be, impartial if he has personal
knowledge of evidentiary facts that are in dispute?" Ngobeni asked. "It gets even worse if the judge offers himself as a witness and then proceeds to be a judge in his own case."

The commission of inquiry was ordered by Ramaphosa in 2018 over allegations by former public protector - South Africa's national ombudsman - Thuli Madonsela that Zuma had allowed the state to be "captured" by Indian-born businessmen the Gupta brothers.

© AP Photo / Khaya Ngwenya
Former South African President Accuses Successor of Trying to Destroy ANC to ‘Save His Own Skin’
That followed Ramaphosa's assumption of the presidency after a palace coup against Zuma - who had elevated him to the vice-presidency of the ruling African National Congress and the nation.

The inquiry, which has no powers to convict or lay charges against witnesses, has been in session since August 2018. Several witnesses against Zuma and the Guptas have admitted to their own corruption and perjury before the commission.

Despite criminal investigations separate from the commission, no charges have yet been laid against the Guptas. Meanwhile, older allegations against Zuma of corruption in connection to an arms deal in the 1990s - before he served in the national government - have been revived, only to see the trial make several false starts followed by lengthy adjournments.