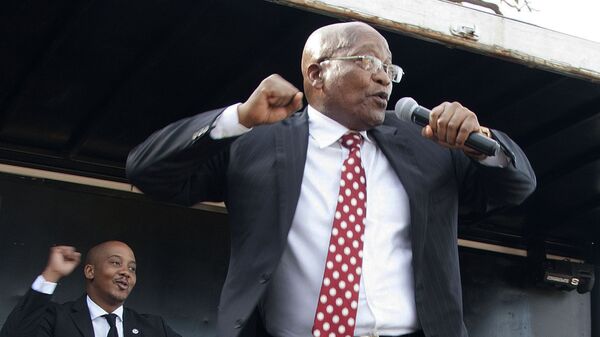 James Tweedie
All materialsWrite to the author
President Cyril Ramaphosa, who helped force out his predecessor over corruption allegations, is now accused of graft himself along with his billionaire sister-in-law.

South Africa's former president has accused his successor of slurring the ruling African National Congress (ANC) to 'save his own skin'.

In a letter to President Cyril Ramaphosa and other ANC leaders on Friday, Jacob Zuma accused his former deputy of aiding "those who seek to destroy the ANC and build from its ashes a counter-revolutionary party under the guise of fighting corruption."

Zuma called Ramaphosa's comments "a public relations exercise by which you accuse the entire ANC in order to save your own skin."

Ramaphosa penned an open letter to the nation which he posted on Twitter last Sunday, admitting businesspeople and civil servants had exploited the Covid-19 pandemic to enrich themselves at the taxpayer's expense.

But the president said the ANC liberation movement founded in 1912 and formerly led by Nelson Mandela, was the "Accused No. 1" and should "bury its head in shame."

Zuma hit back, writing: "You implicate thousands of innocent members of the ANC who continue to face hunger and dehumanizing poverty and have never benefitted from corruption.”

“This is a devastating statement coming from a sitting President of the organisation and Head of State," he added.

World
South Africa Mine Found to Contain Highest-Grade Deposits of Rare Earth Metals
The two leaders, nicknamed 'JZ' and 'CR' in their country, have a long history.

JZ backed CR as his deputy ahead of his election to a second term in 2014. But CR seized power after JZ stood down as president in March 2018 at the request of the ANC national executive.

That was after JZ launched a government tender for eight planned nuclear power stations with a combined generating capacity of 9.6 GigaWatts, for which Russian state atomic energy firm Rosatom was in the running.

That followed allegations of corruption against the former president, some dating back to the 1990s. Those charges have yet to be proven in a court of law despite two attempts at prosecution.

"It is unforgivable to label our rank and file members as criminals for the crimes you and those with whom you serve in the structures of the State are accused of," Zuma chided. "Your letter commits the cardinal error of implicating the ANC in matters that, we as leaders and those deployed in the state, must account for." 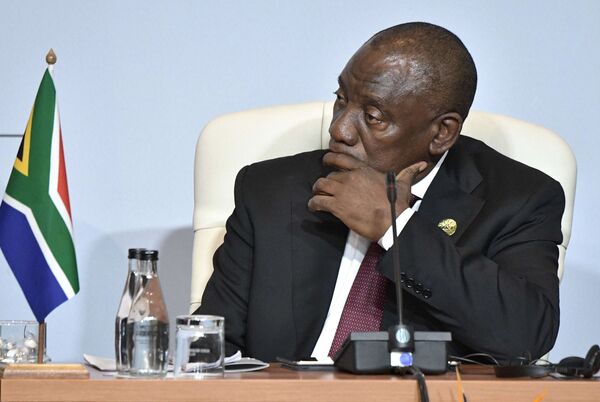 His brother-in-law Patrice Motsepe is the 3rd-richest man in South Africa, up from sixth place three years ago, and the 10th-richest on the African continent, worth a whopping R43 billion (£2.6 billion).

And the president's sister-in-law Bridget Motsepe-Radebe, wife of Jeff Radebe - who CR appointed as energy minister in 2018 - has been accused of illicitly siphoning off R150 million ($10 million) of state funds from neighbouring Botswana.

Earlier this week, former government spokesman Mzawenele Manyi accused CR of hypocrisy for publishing the letter while he continues to conceal the identities of those who bankrolled his campaign for election as ANC president - and default presidential candidate - in December 2017.

“If you are going to issue a seven-page letter trying to be Mr Clean, you must first demonstrate cleanliness,” he stressed.

Manyi pointed out that while a campaign donation - unusual in ANC internal elections - did not by itself indicate corruption "if you are going to give someone money and tomorrow there is a tangible benefit, then that puts questions as to whether it was an honest donation or it was a prepaid arrangement.

“If the donors’ action was above board and legal, why is there a secret?” he asked.