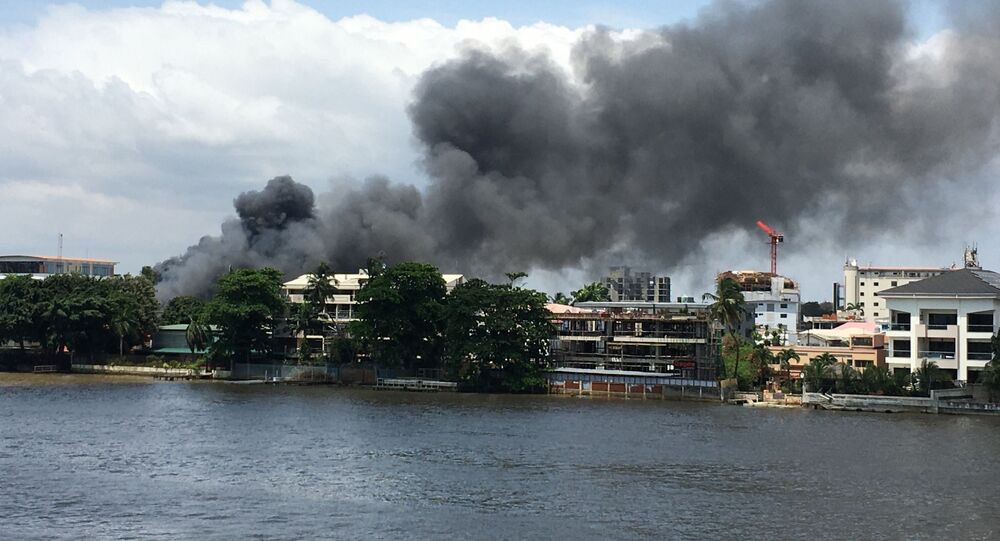 A prison in Lagos, Nigeria has been set ablaze, with gunshots heard nearby, an AFP correspondent reported.

According to reports, assailants attacked the detention facility in the upscale neighbourhood of Ikoyi.

Videos allegedly depicting the incident, with black plumes of smoke rising to the sky and shots fired have emerged online.

​On 21 October, several people were killed and dozens more injured after Nigerian security forces opened fire on protesters amid rallies against police violence.

The shooting of the protesters has been condemned both within the country and abroad.

Later the same day, demonstrators reportedly set a police station on fire, killing a police officer and injuring many others.

#EndSARS demonstrations have been held across Nigeria after numerous claims implicated the country's Special Anti-Robbery Squad (SARS) police unit in acts of killings, torture, and blackmail. The department was disbanded by the authorities and replaced with the Special Weapons And Tactics (SWAT) squad. Despite the move, the protests have continued against other forms of police brutality.