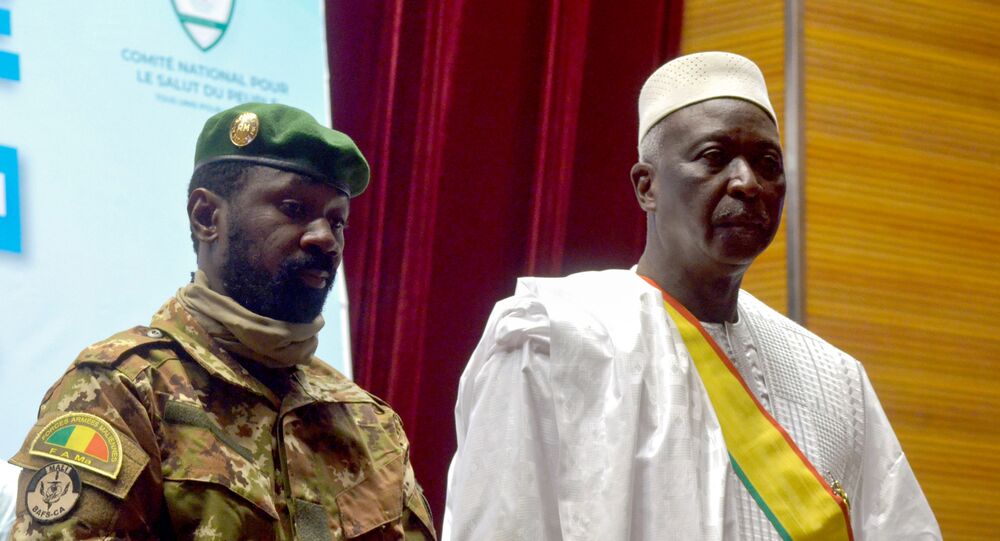 NOUAKCHOTT (Sputnik) – Former Malian Defence Minister Ba N’Daou on Friday took the oath as interim president for an 18-month transitional period before members of the country’s Constitutional Court in the capital of Bamako.

"Our country gave everything, and our people sacrificed a lot. It is my pleasure to fulfill these duties. I have no other goals, but serving my country in these difficult circumstances," N’Daou said during the inauguration ceremony.

The newly-appointed leader is expected to appoint a new prime minister within the next few days. Colonel Assimi Goita, the leader of Mali’s National Committee for the Salvation of the People (CNSP), has been sworn in as the country’s vice president.

N’Daou has promised to fulfil the aspirations of the people in relation to security, justice and democratic development and also confirmed that he seeks "to return the country back to civilian rule" and form a government, "members of which would be chosen by citizens through transparent elections."

The president has called on all powers for cooperation to make Mali a stable and safe country.

Legislative elections are due to be held during this period in line with the "basic law and roadmap" that were adopted by the military junta on September 12 following negotiations with political leaders and representatives of civil society.

The August military coup resulted in the resignation of then-President Ibrahim Boubacar Keita and his cabinet. The coup leaders established the CNSP as the governing body until the transition government takes power.