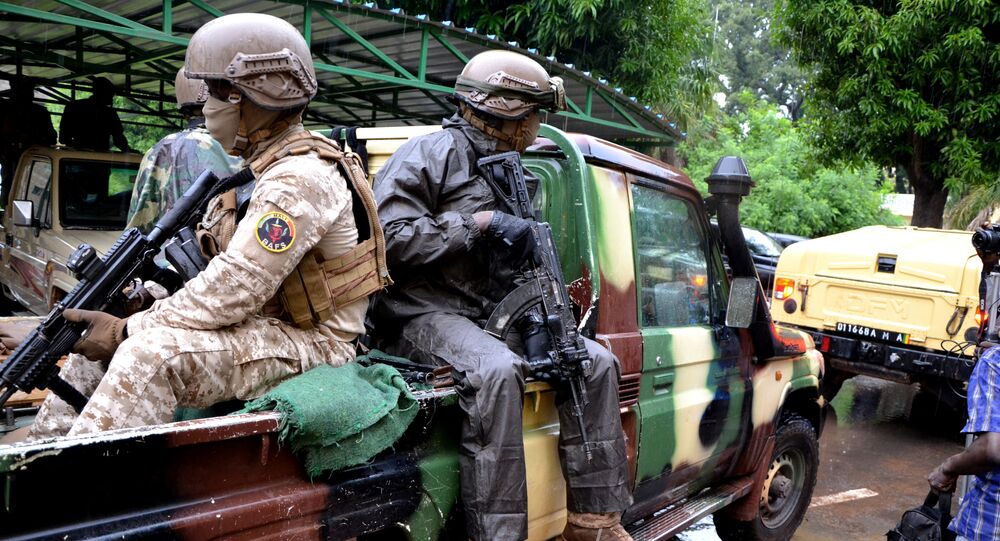 MOSCOW (Sputnik) - The June 5 Movement-Assembly of Patriotic Forces (M5-RFP) opposition party of Mali has rejected the plan, put forward by the restive military who made the old government resign last month, of how the government should organise the transitional period before new elections.

"M5-RFP distances itself from the adopted document which does not reflect the opinions and decisions of the Malian people", the opposition party said in a statement.

What the party found unacceptable, in particular, was that the document did not reflect the fact that the majority of participants at the consultations wanted the transitional president to be civilian, not military. The same applied to the prime minister of the transitional government, according to the statement.

"As a result, M5-RFP denounces the intimidation and undemocratic and unfair practices, belonging to the old era against which the fight for change and reconstruction was initiated. The desire to grab and seize power in the benefit of the National Committee for the Salvation of the People does not justify the means which undermine the transition process", the statement read.

Following a coup on 18 August, the military established its own agency, dubbed National Committee for the Salvation of the People, and launched broad consultations with the country's political and civil forces from 10-12 September in a bid to agree on a governance model for the period before new elections. On Saturday, they adopted a plan to form a transitional government that would rule the country for the next 18 months led by a president, who could be both military or a civilian.

© REUTERS / STRINGER
Mali's Military Coup Leaders Announce Cancellation of Curfew Across Country
On 18 August, a group of Malian soldiers initiated an uprising at a military base near Bamako. They demanded political reforms, the transition of power and a new general election. Rebels kidnapped several high-ranking officials, including then-President Ibrahim Boubacar Keita and Prime Minister Boubou Cisse. Keita subsequently announced the resignation of the government and parliament.

The M5-RFP movement, which had led anti-government protests in Mali for months before the coup, has initially supported the military, vowing to cooperate in organizing the power transition period.