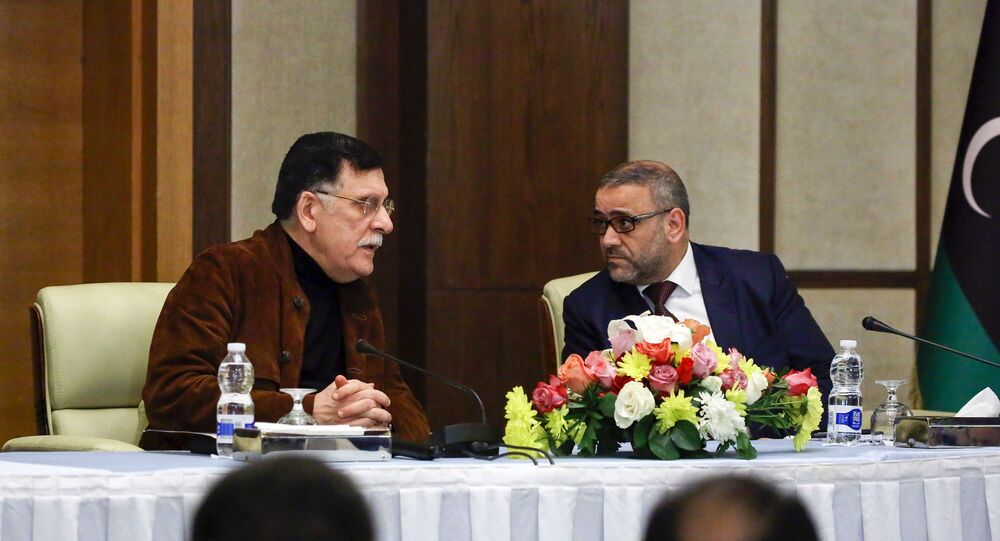 MOSCOW (Sputnik) - Libya’s High Council of State, an advisory body based in Tripoli, has reelected Khalid Mishri as its chairman for a third consecutive term.

"Today, on Sunday, the High Council of State held its 54th meeting, which was dedicated to the election of the head of the council, in a democratic atmosphere. Khalid Mishri won in the first round …. receiving 73 votes out of 132", the council wrote on Facebook.

The council was founded as a consultative body under the Government of National Accord (GNA) in 2016. Mishri has been in the office since April 2018. The official is a member of the Justice and Construction Party, affiliated with the Muslim Brotherhood (a terrorist group, banned in Russia).

Since the overthrow and murder of its long-time leader Muammar Gaddafi, Libya has been split between two rival administrations, the UN-recognized GNA, backed by Turkey, and the Tobruk-based parliament, supported by the Libyan National Army and Egypt.

In early June, Egypt put forward the Cairo peace initiative, outlining a path for a political settlement in Libya and calling for warring parties to cease fire since 8 June. The proposal was welcomed by the Arab League, Russia, Saudi Arabia and the United Arab Emirates, but was rejected by the GNA and Turkey.