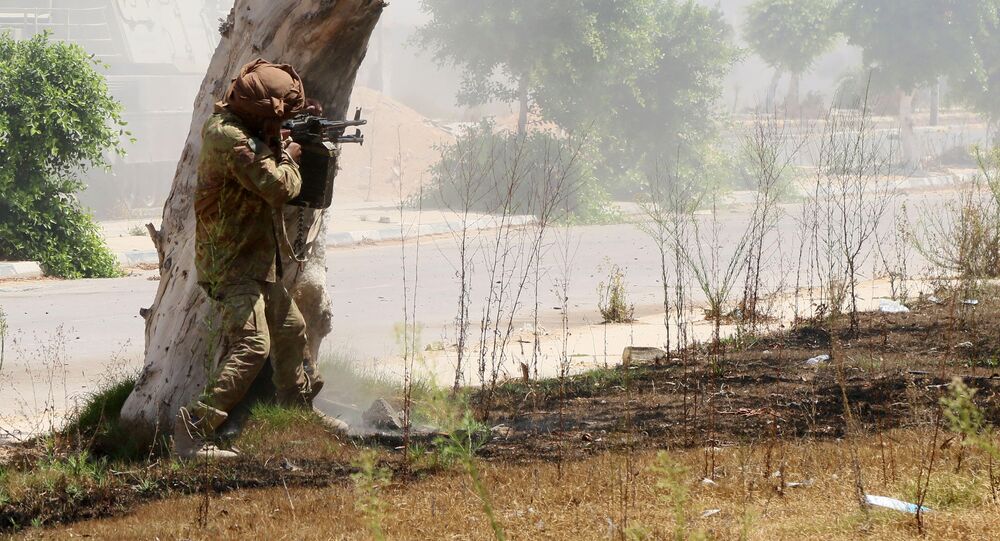 Located near the border with Tunisia, Al-Watiya is deemed as a key base, second only to Mitiga Airport, according to the Anadolu news agency. The base was captured by the LNA back in 2014.

The news comes hours after Turkish media reported that the GNA had shot down an LNA air defense system south of Sirte.

© REUTERS / Esam Omran Al-Fetori
Haftar's LNA Announces Ceasefire in Libya During Holy Month of Ramadan
Libya has been torn apart between the two rival administrations since 2011, when its long-time leader Muammar Gaddafi was overthrown and killed. In April 2019, the eastern-based LNA resumed efforts to drive away the Turkish-backed GNA from Tripoli. The GNA responded with Operation Volcano of Rage.

Last month, Field Marshal Khalifa Haftar’s LNA said that it was withdrawing from the 2015 Skhirat Political Agreement, which produced the GNA, and would take control of the country, something opposed by the western-based administration.