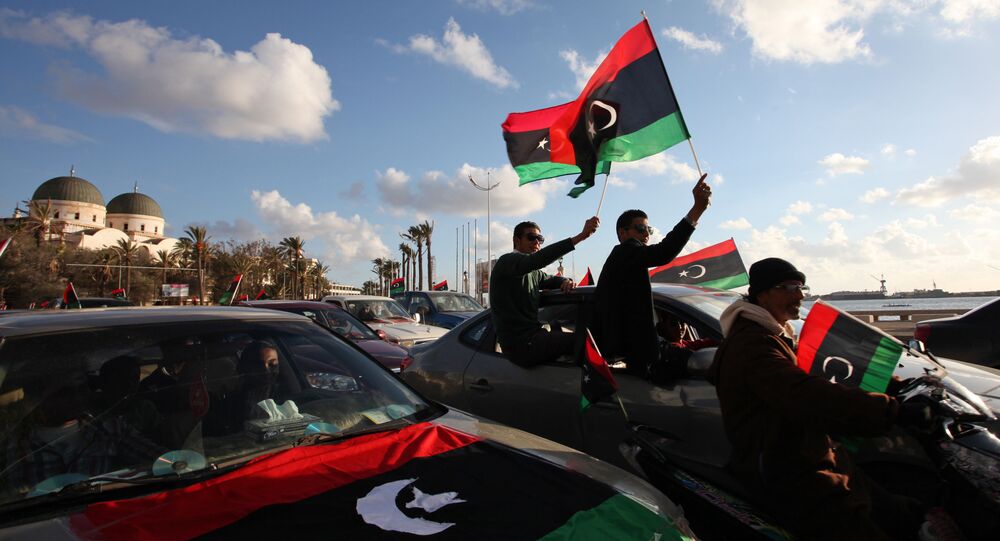 CAIRO (Sputnik) - The Government of National Accord (GNA), one of the two major factions in the Libyan armed conflict, on Thursday declined to suspend fighting following the Libyan National Army, led by Marshal Khalifa Haftar, declaring a temporary truce amid the holy month of Ramadan.

The GNA says it does not trust Haftar's claims of a ceasefire.

"We will continue conducting legitimate self-defence, continue striking at hotbeds of threat wherever they are, and we will finish off criminal groups that disregard the lives of Libyans across the entire country", the GNA said in a statement, adding that a real ceasefire and an armistice can only be reached via the work of 5+5 commission under international guarantees and control.

After the ouster and assassination of Libyan leader Muammar Gaddafi, the country was plunged into a brutal civil war. Today, Libya is divided between two centres of power — an elected parliament in the country's east, supported by the Libyan National Army and the UN-backed Government of National Accord in the west, headed by Fayez Sarraj.

© REUTERS / Esam Omran Al-Fetori
Haftar's LNA Announces Ceasefire in Libya During Holy Month of Ramadan
On Monday, Haftar announced that LNA is quitting the 2015 Skhirat Agreement that had led to the formation of the GNA and taking control of the country.

The situation in Libya escalated on 13 April when Tripoli-based GNA said that it had launched a rapid offensive west of the country's capital and taken control over the cities of Sabratah and Surman. A day later, an official from the GNA's Ministry of Foreign Affairs said that Tripoli-based forces had captured the coastal area from the city of Misrata, located to the east of the capital, to the city of Zuwara close to the Tunisian border. On 21 April, Chairman of Libya's High Council of State in Tripoli, Khalid al-Mishri, expressed hope that the LNA would be defeated during the Ramadan.