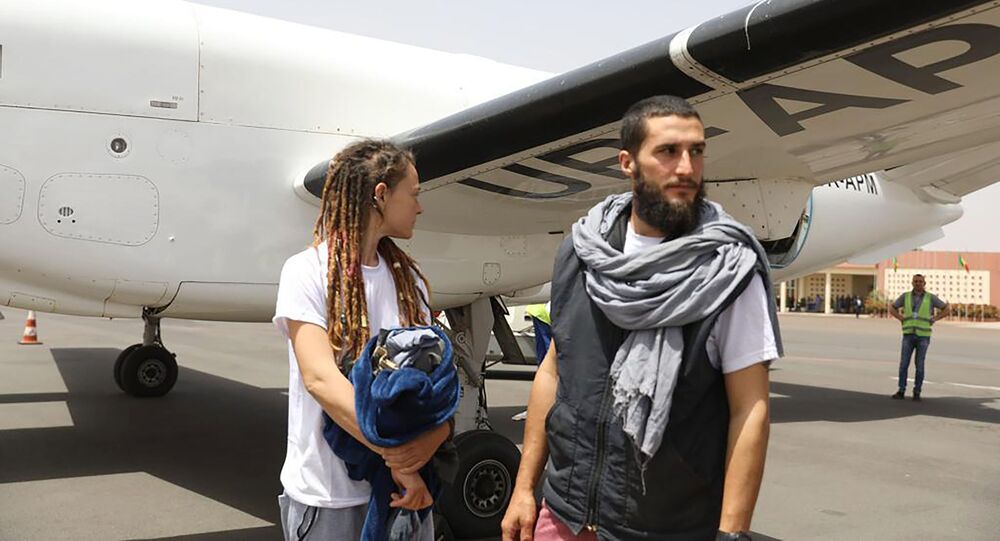 Edith Blais and Luca Tacchetto disappeared on 15 December 2018 in the city of Bobo-Dioulasso, Burkina Faso, reportedly while travelling in western Africa to Togo for a humanitarian project.

The Canadian and the Italian national were reportedly making their escape in Mali when discovered by UN forces, after which they were taken to the nation's capital, Bamako, AFP said, adding that the pair was wearing clothes of the regional Tuareg people and had apparently stopped a passing vehicle and told the driver to take them to the nearest UN post.

AFP highlighted a curious detail, as Blais and Tacchetto were surprised when local officials greeted them with elbows, before they were told about new measures to tackle the spread of the Wuhan coronavirus.

Details of their disappearance are yet unknown. At the time, no terrorist or extremist group operating in the area of the alleged kidnapping claimed the responsibility for their capture.

Mali officials said that no ransom to any terrorist group had been paid.

Both Blais and Tacchetto have reportedly not spoken publicly about details of their escape.

Canadian Foreign Minister Francois-Philippe Champagne said that "Canada is very relieved" that the pair "are now free from captivity", according to AFP.