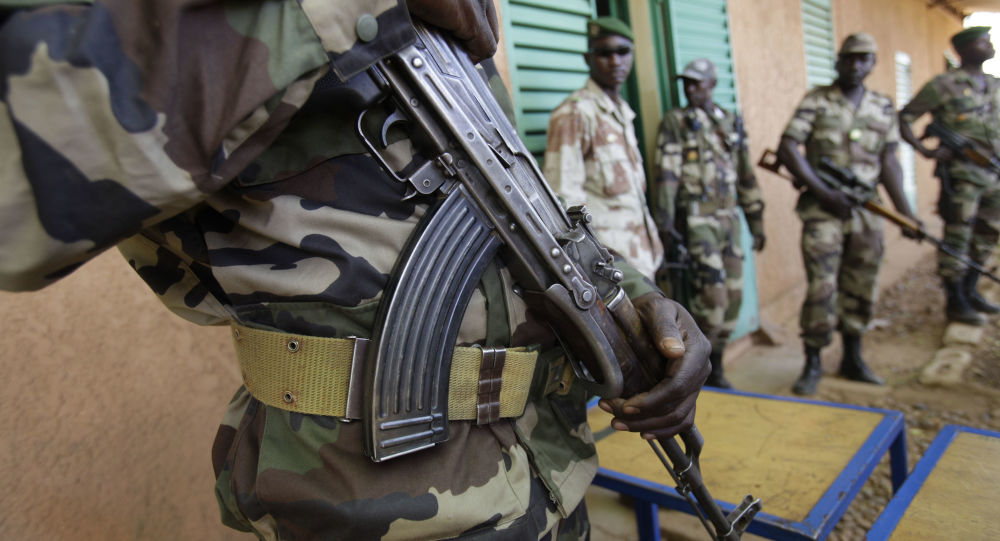 Niger's Minister of Interior Mohamed Bazoum has posted a communique on Twitter saying that a convoy of National Gendarmerie officers and the National Guard of Niger, escorting teams responsible for electoral registration in the town of Sanam (department of Abala), was ambushed strained by heavily armed terrorists.

According to the communique, 14 officers were killed in a shootout with numerous losses on the part of terrorists.

"After a fierce battle... seven police and seven national guards were killed", the Interior Ministry said.

The representatives of the Independent National Electoral Commission (CENI) have managed to return to Sanam safely and unharmed, the ministers' communique says. Mohamed Bazoum has expressed his condolences to the families of the deceased.

In early December, militants attacked an army camp in western Niger near the Malian border, leaving at least 70 servicemen dead, while 30 others went missing. The attack occurred in the area of the Inates military camp, with the attackers reportedly surrounding it in small groups of 10. Responsibility for the attack was claimed by the Daesh* terrorist group.

The attack was one of the largest in scale and number of casualties among the Nigerien military.