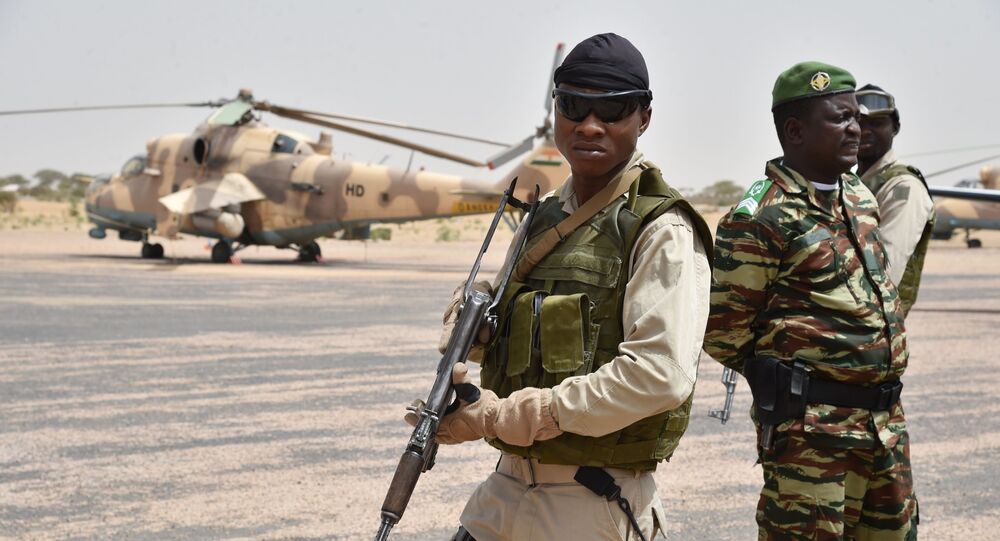 Earlier, the country's defence minister said that three soldiers and 14 attackers were killed in an assault on a military post on Monday.

At least 70 soldiers were killed in the attack on a military camp in Niger in the western Tillaberi region near the Mali border, AFP has reported, citing security sources.

"The terrorists bombarded the camp with shells and mortars. The explosions from ammunition and fuel were the cause of the heavy toll," the source said, as quoted by the agency.

Earlier this week, three soldiers and 14 attackers died when gunmen attacked a military post in Niger's Tahoua region, the country's defence minister said. Another army post was attacked on Tuesday in the Inates area, AFP said, quoting a security source, who did not give an immediate death toll.

Niger forces have been fighting against Boko Haram militants as well as jihadists linked to the Daesh* group.

In July, a faction of Boko Haram backed by Daesh* claimed responsibility for an attack on a military camp in Inates that took the lives of 18 soldiers.

Niger is part of the G5 anti-jihadist task force which was set up in 2014 and also comprises Mali, Burkina Faso, Chad and Mauritania.