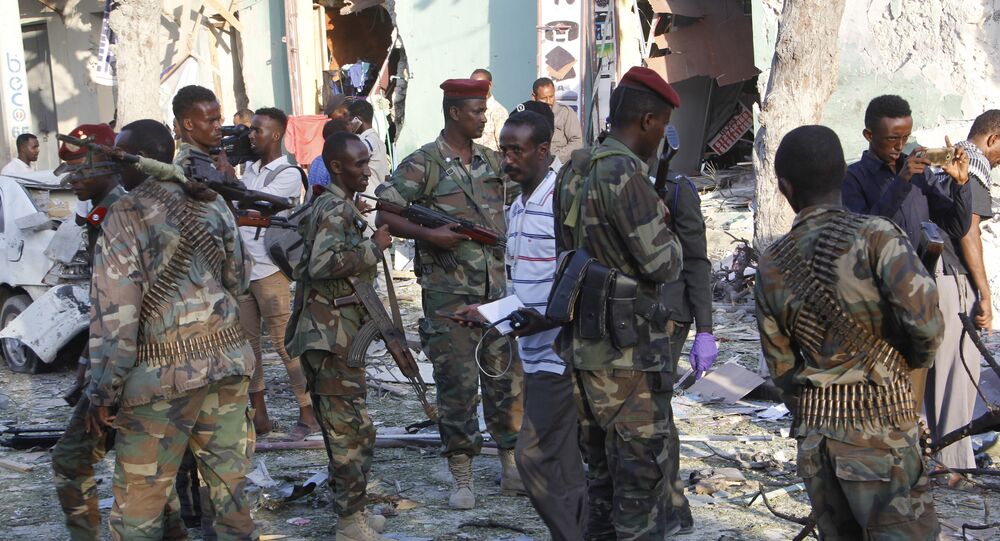 On Monday, twin attacks targeted a European military convoy in the Somali capital of Mogadishu and a base for US and Somali forces in Baledogle.

The US military partnered by Somali forces have killed 10 militants and destroyed a vehicle following an attack on a base where US special forces trained Somali commandos, a statement by the US military said.

No US or partner forces were injured in the al-Shabaab attack, the US military added.

According to media reports, the first explosion occurred when an Italian military convoy appeared next to the car in Mogadishu. No casualties were reported. The second attack targeted a military base for US and Somalia forces in the Lower Shabelle region of southern Somalia.

Somalia has been in a state of a civil war between clan-based armed groups since the early 1990s. Al-Shabaab, an al Qaeda-linked terrorist group, has been carrying out attacks across the country in an attempt to impose Sharia law.