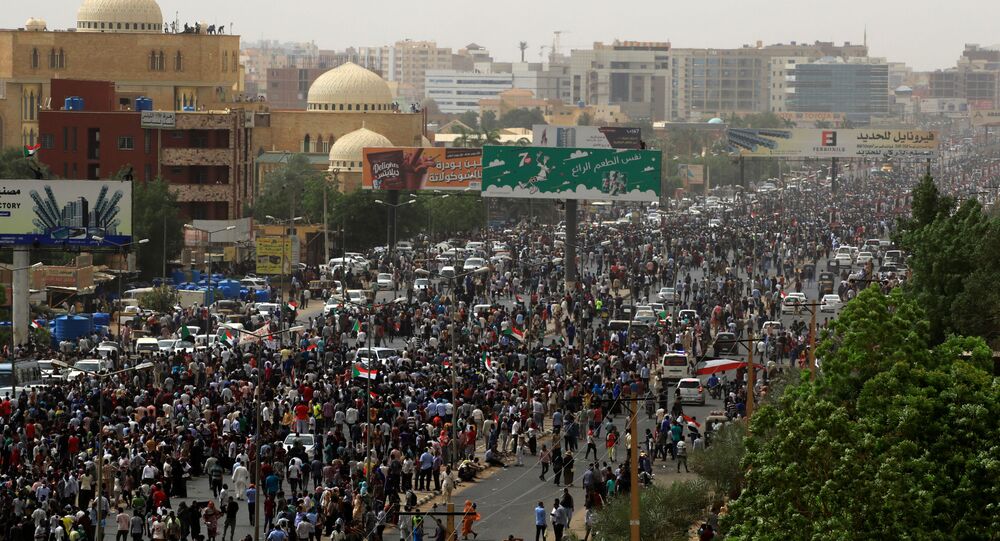 Sudanese protest leaders canceled planned talks with the country's ruling generals on Tuesday as hundreds of schoolchildren demonstrated in Khartoum against the shooting deaths of five pupils at a rally, AFP reported.

The governor of the Sudanese state of North Kurdufan, where security forces opened fire at protesters on Monday, confirmed the deaths of five people during rallies, local media reported.

According to the governor, the protest, which began peacefully, turned violent after criminals incited protesters to attack two bank offices, the SUNA news agency reported.

"Orders have been given to governors of all states to shut kindergartens, primary and high schools from tomorrow (Wednesday) until further notice", the SUNA news agency reported, cited by AFP.

Demonstrators accused local paramilitaries of the Rapid Support Forces in the shooting deaths of five teenage students on Monday in the central town of Al-Obeid at a rally against shortages of bread and fuel, according to AFP.

The killings came a day before protest leaders were due to hold talks with generals on the remaining aspects of installing civilian rule, after the two sides inked a power-sharing deal earlier this month, AFP reported.

Long-standing popular protests in Sudan culminated in a military coup on 11 April, when then-President Omar Bashir was overthrown and detained after almost 30 years in power. The TMC took over and pledged to organize a new presidential election within two years. Protesters have meanwhile reportedly remained in the streets, demanding that the military immediately yield power to a civilian authority.

The situation further escalated in early June when law enforcement officers violently dispersed a sit-in demonstration near the military headquarters in the capital city of Khartoum, killing dozens of unarmed civilians. This resulted in the suspension of talks between the TMC and opposition.