The trial of Sudan-born Salih Khater heard he was granted asylum in Britain in 2010 after claiming he had been tortured. He then failed accountancy exams at the University of Coventry and began to show signs of “paranoia” in the months leading up to the attack.

A man who drove his car at cyclists and police officers outside the Houses of Parliament in London last year was convicted on Wednesday, 17 July, of attempted murder.

Salih Khater, 30, rammed the Ford Fiesta car into anti-terrorist barriers in Westminster in the August 2018 attack.

Salih Khater who deliberately drove into a group of cyclists and then two police officers outside Parliament has just been found guilty of attempted murder. He was prosecuted by the CPS Counter Terrorism Division https://t.co/p6ATq88YW6 pic.twitter.com/kjefHmzG1N

​The incident had dreadful echoes of the attack in March 2017 when Khalid Masood, 52, mowed down four people on nearby Westminster Bridge and then fatally stabbed a police officer guarding MPs before being shot dead.

On 15 August 2018 Khater, who was broke after work as a security guard in Birmingham dried up, drove the car around Parliament Square four times before  accelerating into cyclists at a crossing, veering across the road and ramming into the barriers as two police officers jumped out of the way.

He claimed it was an honest accident but the CPS Counter Terrorism Division presented evidence from an accident investigator who found Salih Khater deliberately manoeuvred his car over 160 metres and with a high level of concentration. pic.twitter.com/iJkAlMefT3

​Khater claimed throughout that it was an accident but he is believed to have been acting as a lone wolf terrorist.

Several cyclists were injured but the trial heard it was “miraculous” nobody was killed as Khater had planned to cause “maximum carnage.” 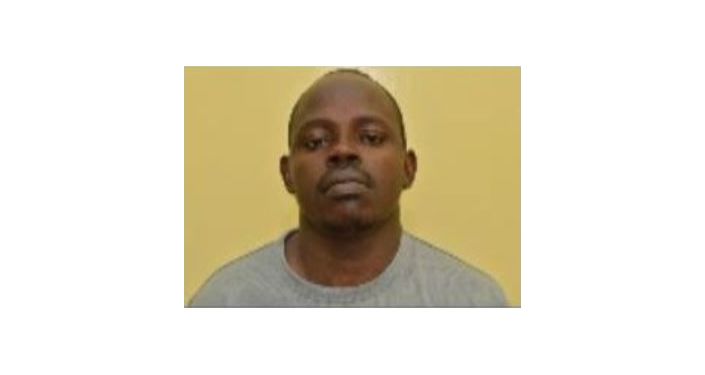 Jenny Hopkins from the Crown Prosecution Service said: "It was only quick reactions and good luck that stopped Salih Khater killing anyone. Whatever his motives, this was not an accident. It was a deliberate attempt to kill and maim as many people as possible.”

​Khater will be sentenced later this year but is looking at many years in jail.

He cannot be deported to his native Sudan as he has already been granted asylum.