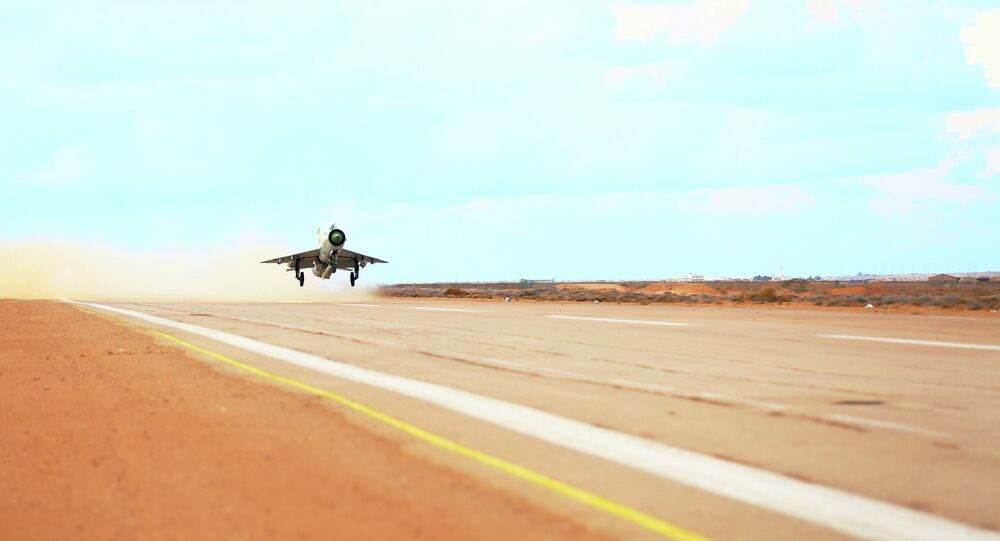 The LNA also said that it had destroyed the Government of National Accord's operational headquarters.

© AP Photo / Abdeljalil Bounhar
Head of Libya’s GNA Calls LNA-Led Offensive on Tripoli 'Stab in The Back'
Earlier in the day, Reuters reported that according to a tape published by Haftar's spokesman on Sunday, the field marshal said that Ramadan, the holy month of fasting, which starts this Monday in Libya, was a month of holy war.

READ MORE: Over 340 Killed, 1,652 Injured Since Start of LNA Offensive on Tripoli — WHO

Since the overthrow and killing of Libya's long-time leader Muammar Gaddafi in 2011 Libya has been divided into two parts — the internationally recognised GNA headed by Fayez Sarraj in Tripoli and a parallel administration allied to Haftar in the east of the country.