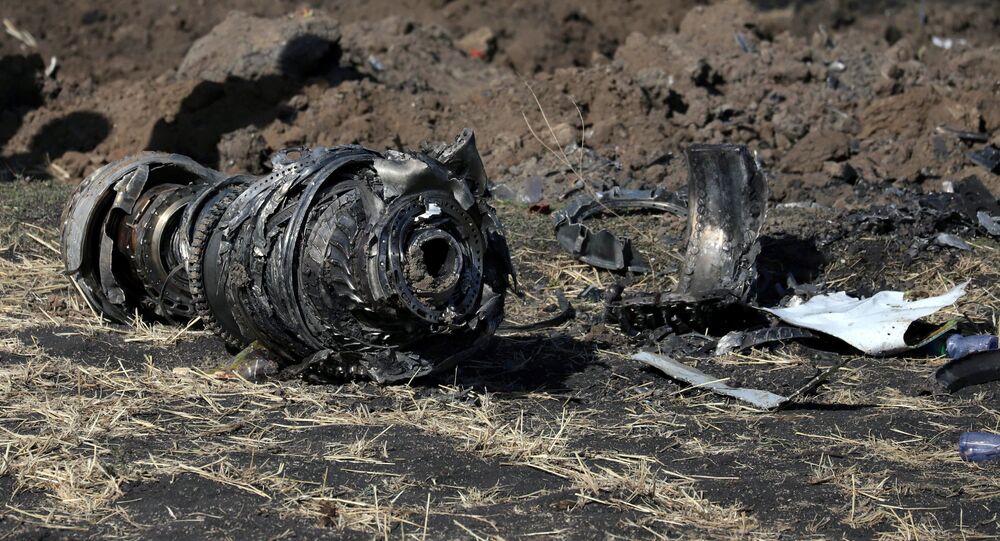 Earlier in the day, ABC News reported citing sources close to the probe that the erroneous data and the activation of the anti-stall system on the crashed 737 MAX jet could have been triggered by damage caused to the sensor by a bird or some foreign object upon takeoff.

Ethiopian Transport Minister Dagmawit Moges announced on Thursday that the crashed Boeing jet was in good condition before the tragedy.

"The crew performed all the procedures repeatedly provided by the manufacturer but was not able to control the aircraft", Dagmawit added during a news conference in Addis Ababa.

The report issued by the investigators has called on Boeing to "review controllability" of the MAX 737 model, she added.

According to the minister, a final statement on the catastrophe will be issued by investigators within one year.

© REUTERS / Joshua Roberts
US Senate Panel Probes FAA Safety Inspectors in Wake of Boeing 737 Crashes
The Ethiopian Airlines Flight crash near the country’s capital on 10 March that claimed the lives of 157 people has triggered major investigations and led to the grounding of the Boeing 737 MAX model around the world.

Numerous reports have suggested that a malfunction in the plane's anti-stall system caused the tragedy, also noting similarities with the October 2018 Lion Air Flight 610 crash in the Java Sea.