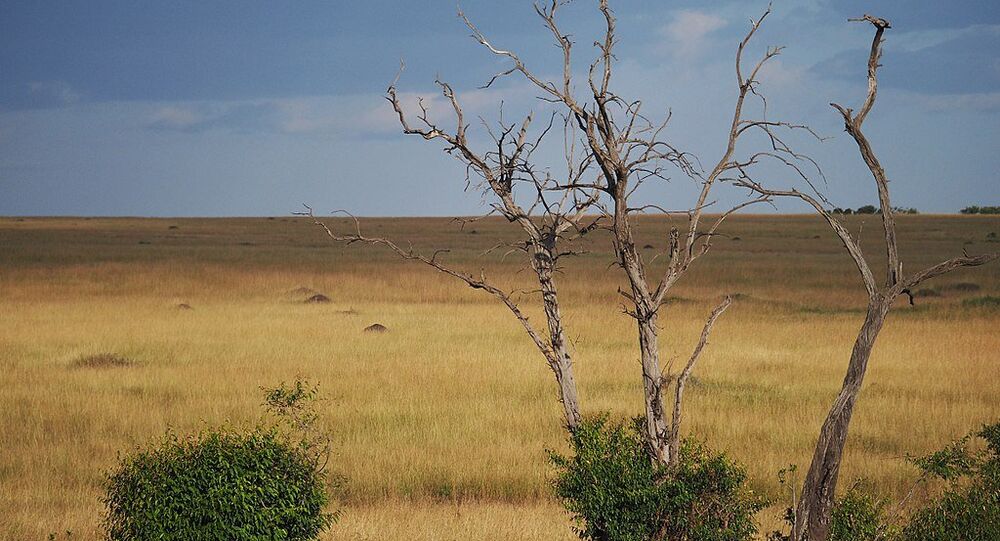 For the first time in a century, a rare melanistic leopard, commonly called a “black panther,” has been photographed in Kenya. While common in subspecies native to tropical forests, on the open savannah they are very rare.

Screenshot/Lauren Talarico
Texan's Plans to Smoke Up in Abandoned Home Ruined After Finding Tiger Inside (PHOTO, VIDEO)
"Almost everyone has a story about seeing one; it's such a mythical thing," says Nick Pinfold, of San Diego Zoo Global's Institute for Conservation Research. But when he heard about one being eyed in central Kenya, he took his photography team and their equipment and flew to the East African country to try and capture photographic evidence of it.

After deploying camera traps, which take photos when they detect motion in front of them, in the Loisaba Conservancy in central Kenya in early 2018, Pilfold soon had his proof: a juvenile female leopard, with black skin and black spots, wandering through the brush.

​The big cat was traveling with a much larger, more typically-colored yellow and black leopard, judged to be the juvenile's mother, Pilfold told National Geographic.

When Pilford published his proof in the African Journal of Ecology in late January 2019, he believed it was the first such confirmed sighting in Africa since 1909, when a photograph was taken of a black cat in Addis Ababa, Ethiopia. However, as news of his find quickly spread across the continent, folks at the Ol Ari Nyiro Conservancy, about 30 miles west of Loisaba, produced their own photo of a black leopard, taken in 2007. Researchers subsequently determined it must be a different cat than that photographed by Pilford.

Melanism is the opposite of albinism: it's when a gene is selected that causes a surplus of pigment instead of its absence, resulting in a black-on-black fur, although the patterns of the animals are often still discernible, as in Pilford's photo of the panther.

​Nine subspecies of leopard range across Africa and Asia, but melanistic versions of the cats are not evenly distributed between them. An April 2017 study found an overall incidence of melanism of 11 percent among leopards, but noted that different habitats showed different frequencies of melanism.

© Sputnik
What South Africa Will Be Post-Zuma; The Economics of 'Black Panther'

"We conclude that melanism in leopards is strongly affected by natural selection, likely driven by efficacy of camouflage and/or thermoregulation in different habitats, along with an effect of moisture that goes beyond its influence on vegetation type," the authors wrote.

Because of this disparity and their incredible rarity, scientists haven't had the ability to study the cause of melanism in African leopards, and aren't even sure it's caused by the same mechanism as that in South Asian leopards, which are much more commonly melanistic, National Geographic noted.

That just makes the fact that Kenya, which seems to be the only place black panthers are found in Africa, is also near the location of the fictional country of Wakanda, home of the Marvel universe's Black Panther superhero, all the more striking.

"It's a unique coincidence," says Pilfold. "The only place where we have black leopards is where this place in the Marvel Universe appears to exist."

Free Hugs for a Panther Who's Full of Love