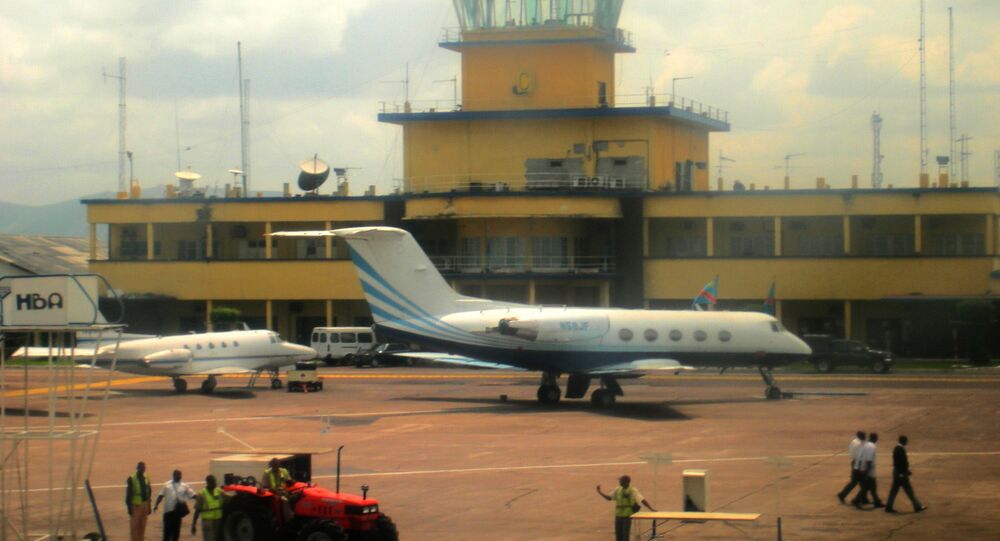 MOSCOW (Sputnik) – Three Russian pilots were killed during a recent plane crash that occurred in the Democratic Republic of the Congo (DR Congo), Russian Ambassador to the country Alexei Sentebov told Sputnik on Friday.

The An-26 plane crashed on Thursday near Ndjili international airport.

© AFP 2020 / FABRICE COFFRINI
Five Missing US Marines in Plane Crash off Japan Declared Dead
He noted that the bodies of the Russians had already been taken to a morgue from the crash site.

In turn, the Russian Embassy to the DR Congo confirmed this information on Twitter. "Currently, their bodies are sent to the morgue of Kinshasa, and diplomats are beginning the procedure of identification and sending the remains home," the embassy said.

The Russian embassy also expressed deep condolences to the families of the victims.