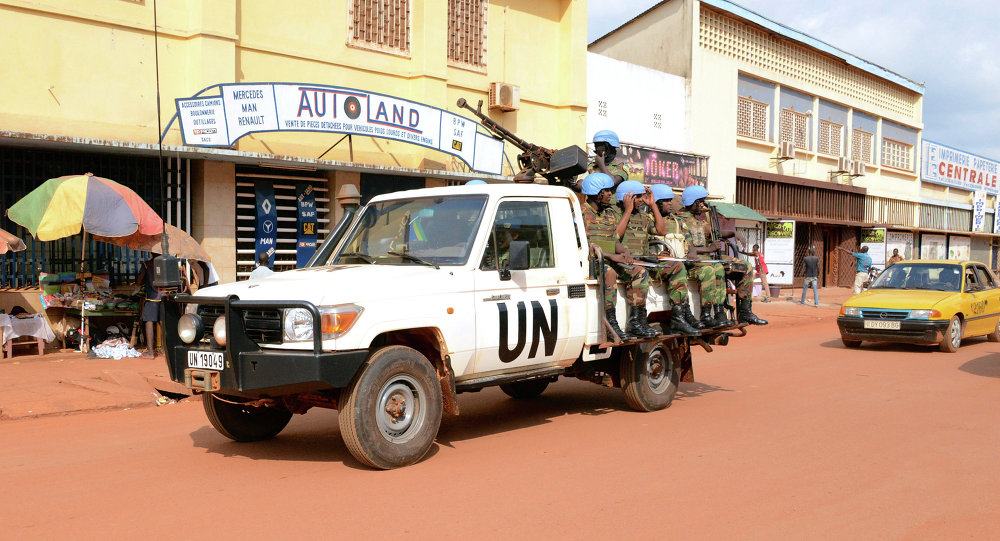 UNITED NATIONS (Sputnik) - The United Nations Humanitarian Air Service (UNHAS) might be grounded in the Central African Republic (CAR) because of lack of funds, UN spokesman Stephane Dujarric said in a press briefing on Tuesday.

"The United Nations Humanitarian Air Service that enables aid workers to deploy and reach tens of thousands of people in the country is at a risk of shutting down due to a shortage of funds," Dujarric said referring to the statement issued earlier by the World Food Program that manages the air service.

© Sputnik / Vladimir Vyatkin
Russia Refutes Reports on 'Army of Mercenaries' in CAR as Speculations - Moscow
Dujarric noted that the UNHAS depends entirely on the assistance of international donors that finance its operating costs.

UNHAS needs $3 million to maintain its operations for the next three month and avoid a possible shut down after January, Dujarric warned.

Following the unrest in the CAR, the UNHAS provided transport for over 2,000 aid workers in November alone — a record for a one-month operation ever since it began assisting the country in 2006, Dujarric said.

Between January and December, UNHAS carried out 26 medical evacuations and 193 relocations of workers from five localities, Dujarric added.

More than half of the country’s population — or 2.9 million people — are in need of humanitarian assistance and nearly 615,000 people are displaced as a result of the conflict, according to the World Food Program.