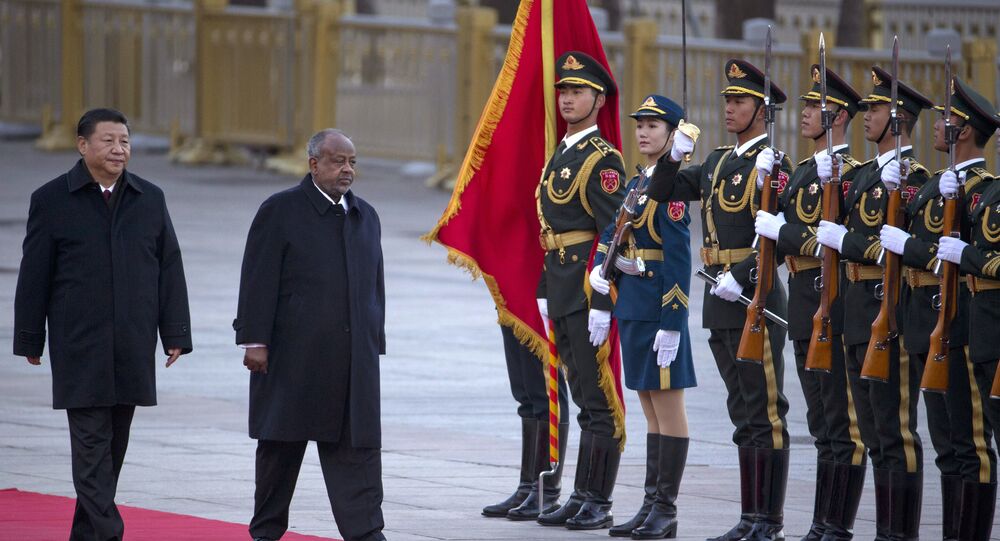 China will host the first-ever China-Africa security and defense forum later this month, a Chinese military spokesperson said last Thursday. The move signals deepening ties between the world’s most rapidly developing country and a number of nations in the developing world.

Ren Guoqiang, spokesperson for the Chinese Ministry of National Defense, said at a press briefing Thursday that the African participants will visit the Chinese armed forces, including the army, navy and air force. The forum itself will focus on regional security issues and the development of Africa's own security capacities, in addition to mutual cooperation, Xinhua News Agency reported.

The inaugural summit comes at a time of increasing political and economic cooperation between China and a number of African nations, marked by growing diplomatic relations and broadening infrastructure investments.

On August 1, 2017, China opened its first overseas military base in the East African nation of Djibouti, a move that has alarmed American general Thomas Waldhauser, who heads United States Africa Command (AFRICOM), which also operates the Camp Lemonnier in Djibouti.

The US is "carefully monitoring Chinese encroachment and emergent military presence" in the country, Waldhauser said at the US Armed Services Committee on March 6.

Despite widespread speculation that China is modelling itself as an imperial power on the global stage by increasing its security cooperation, its economic policies toward partner African nations actually promote "win-win" cooperation, including mutual assistance and solidarity in international affairs, according to Defense One.

"China is certainly acutely aware of the pitfalls associated with the politics of interventionism and neocolonialism," Theodor Neethling, who leads the Department of Political Studies at the University of Free State in South Africa, told Defense One. "Especially in the developing world," he added.

Africa May Shift to Using Yuan as Its Reserve Currency, Here's Why