MOSCOW (Sputnik) - A mobile lab established by the Democratic Republic of Congo's (DRC) Health Ministry with support of the World Health Organization (WHO) in the north-western town of Bikoro to tackle the ongoing Ebola outbreak will be operational on May 16, Tarik Jasarevic, a WHO spokesman, told Sputnik on Monday.

According to the WHO, between April 4 and May 13, a total of 39 Ebola virus disease cases have been reported, including 19 deaths.

"WHO is supporting the establishment of a mobile lab deployed by the [Ministry of Helath] to Bikoro that will be operational in 2 days," Jasarevic said.

The DRC government declared a new outbreak of the Ebola virus disease in Bikoro on May 8. Jasarevic stated that most cases of the disease were from Bikoro Health Zone and a smaller number from the neighboring Iboko Health Zone in Equateur province.

READ MORE: Number of People Infected With Ebola in DR Congo Rises to 32 - WHO 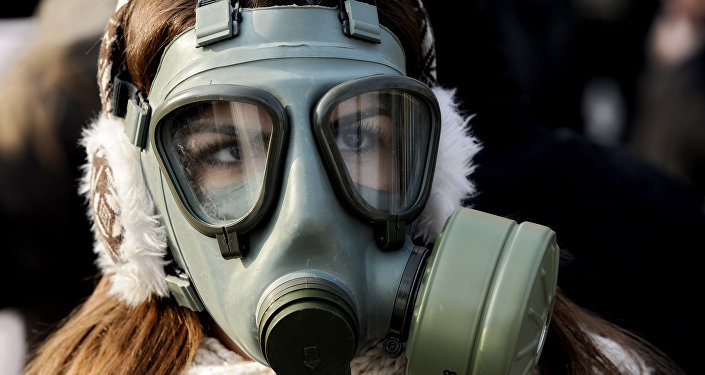 © AP Photo / Boris Grdanoski
Scientists Warn of Danger of Pandemic Caused by Mysterious New Disease
WHO Director-General Dr. Tedros Adhanom Ghebreyesus visited Bikoro on Sunday and positively assessed the speed with which the government of the Democratic Republic of Congo declared the outbreak.

The WHO has estimated that the budget for the response to the outbreak over a 3 month period will be $18 million. On May 13, the WHO delivered two shipments from Geneva and Dubai with more than 30 tonnes of equipment, including Personal Protective Equipment kits, Interagency Emergency Health Kits, boxes for transportation, and body bags.

This is Democratic Republic of Congo’s ninth outbreak of Ebola since the discovery of the virus in the country in 1976. On July 2, 2017 the WHO declared the end of the most recent outbreak of Ebola in DRC, in which a total of four people died.