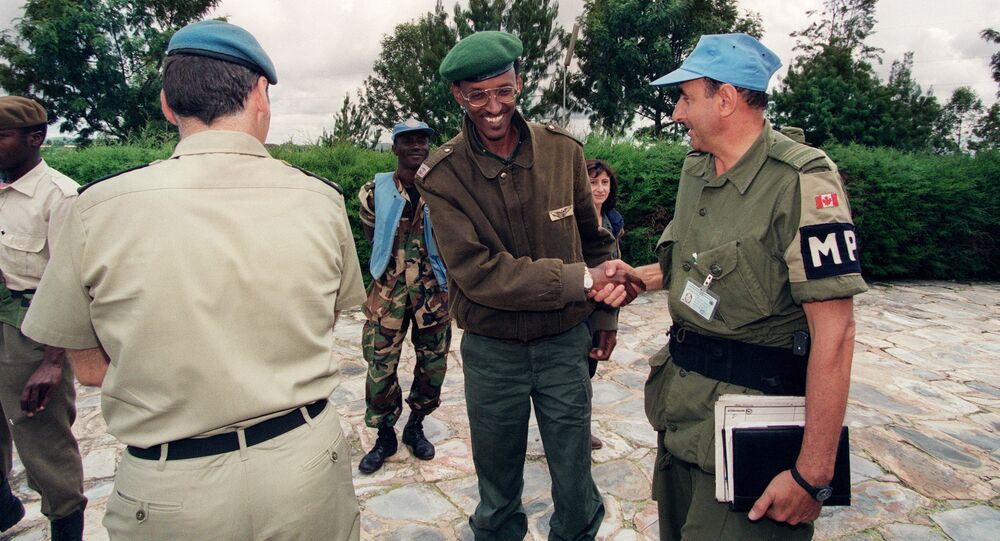 Paul Kagame has secured a third term in office after winning 98.66 percent of votes in the presidential poll.

With 74 percent of results counted, the president of the tiny East African nation was ahead of his two rivals with 5.4 million votes, according to the National Electoral Commission.

Frank Habineza, an opposition contender from the Democratic Green Party, came third with 0.72 percent of votes or 39,620. He lauded his challengers for doing a "great job with limited resources."

Speaking at his Rwandan Patriotic Front party’s headquarters in Rusororo, Kagame reportedly thanked his supporters who initiated a referendum two years ago to allow him to seek reelection after staying in office for 17 years.