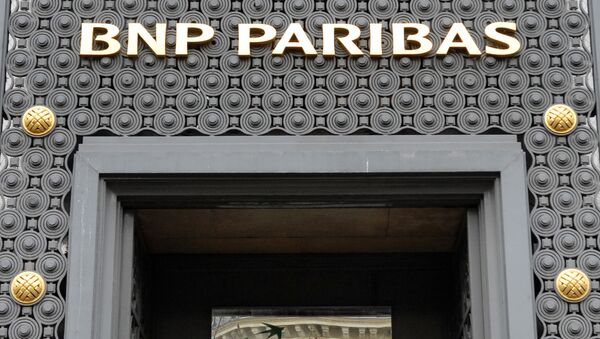 According to the complaint, the bank was involved in financing the illegal purchase of arms sent to Rwanda in 1994, when the country was ripped apart by genocide. The bank's actions were done in spite of the UN Security Council's embargo on arms trade with Rwanda.

The radio added that, following the move, the French NGO Survie filed a complaint against unnamed officials, targeting, in particular, "those responsible French political and military officials" who were in office during the Rwanda genocide. The NGO said it also hoped to shed light on the issue of illegal arms deliveries, including those that violated the UN embargo.

The Rwandan genocide was the mass slaughter of the country's Tutsi minority by Hutu extremists. The killings, which lasted from April to July 1994, were triggered by a nearly four-year civil war between the Hutu-led government and Tutsi-led Rwandan Patriotic Front (RPF). According to UN estimates, as many as 1 million people died over the three months of genocide.

The role of France in this tragedy has been assessed as controversial since the beginning of the Rwandan Civil War. France actively supported government forces amid fears that RPF, which was viewed as a proxy of Anglophone Uganda, could undermine French influence in Francophone Rwanda. RPF's actions were assessed by Paris as an invasion, even though the movement fought for the civil rights of the Tutsi in Rwanda.

French authorities, therefore, decided to provide arms and military training to Rwandan government forces, which is viewed as one of the factors which contributed to the worsening violence in the country.