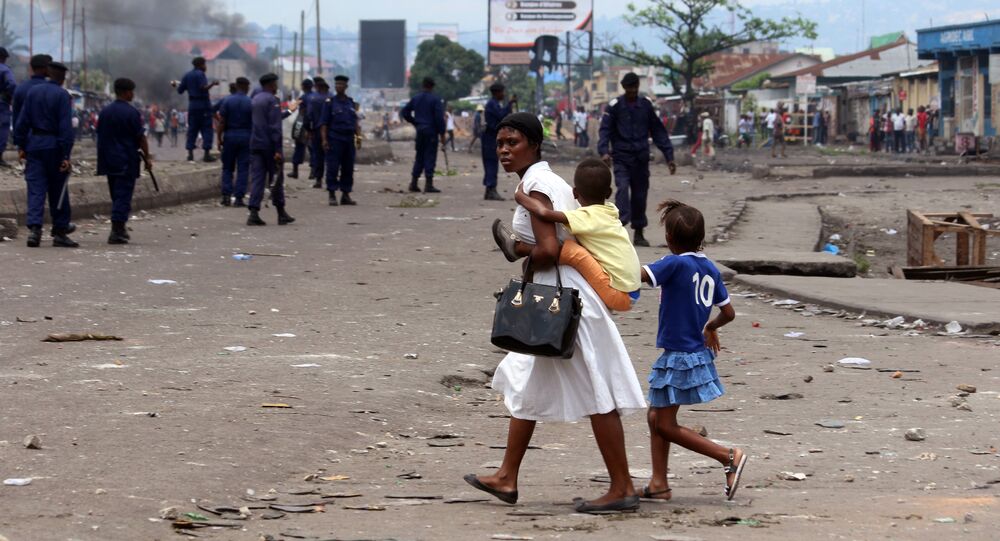 United Nations human rights investigators have warned of ethnic cleansing in central Congo, documenting the killings of over 250 people, including 62 children, in violence with "no good guys and bad guys."

The report, based on interviews with 96 people who fled Congo's Kasai provinces into neighboring Angola in June, offers a chilling snapshot of the violence that erupted in the region in August 2016.

Violence began last August with the killing of a regional tribal leader by the Kamwina Nsapu militia, after he defied President Joseph Kabila's government. The diamond-rich region has been a stronghold of opposition to Kabila's government ever since — although accessing Kasai has been difficult for investigators, with two UN experts slain in March.

'I am concerned by restrictions on peaceful assembly & arrests of those expressing political views,' says @UN envoy https://t.co/h5EEhVQclV

Still, rough UN estimates suggest at least 80 mass graves have been created since the flare up in violence, and 1.3 million have been internally displaced, with at least 40,000 fleeing to Angola.

Investigators recounted descriptions of "the screams of people being burned alive" and others who were "cut down" by gunfire, and provided photos of survivors with dismembered limbs and deep scars.

A recently formed militia, Bana Mura, backed by Congolese security officials, is said to be responsible for much of the violence.

Of the 251 killings reported by individuals who fled between March and June, 150 were killed by Bana Mura, 79 by Kamwina Nsapu, and 22 by government forces.

UN human rights chief Zeid Ra'ad al-Hussein is urging Congo's government to "act now to prevent such violence from tipping into wider ethnic cleansing," and called on all sides to lay down their weapons.

"Such bloodletting is all the more horrifying because we found indications that people are increasingly being targeted because of their ethnic group. Their accounts should serve as a grave warning to the government of the DRC to act now to prevent such violence from tipping into wider ethnic cleansing," al-Hussein said.

The Catholic Church has estimated over 3,300 have died in the fighting. The UN human rights office, which follows a strict methodology, has estimated the total death toll at over 500.

The Kamwina Nsapu, linked to the ethnic Luba and Lulua communities, have also used children to attack security forces, and employed witchcraft, the UN said, citing cases of young girls drinking victims' blood as part of a "magic ritual" intended to "render the group invincible."

The Bana Mura, formed among the Tshokwe, Pende and Tetela tribes, allegedly attacked Luba and Lulua inhabitants, beheading, mutilating and shooting victims — in some cases burning them alive in their homes.

Scott Campbell, the rights office's chief for central and west Africa, said there were "no good and bad guys" in the crisis, and all sides needed to be held to account.

The violence in the Kasai region is a microcosm of a broadly unstable situation across the Congo, which has faced years of tensions and bloodshed in the east, where Kabila's government has defied international calls for the country to hold elections as required under its constitution.