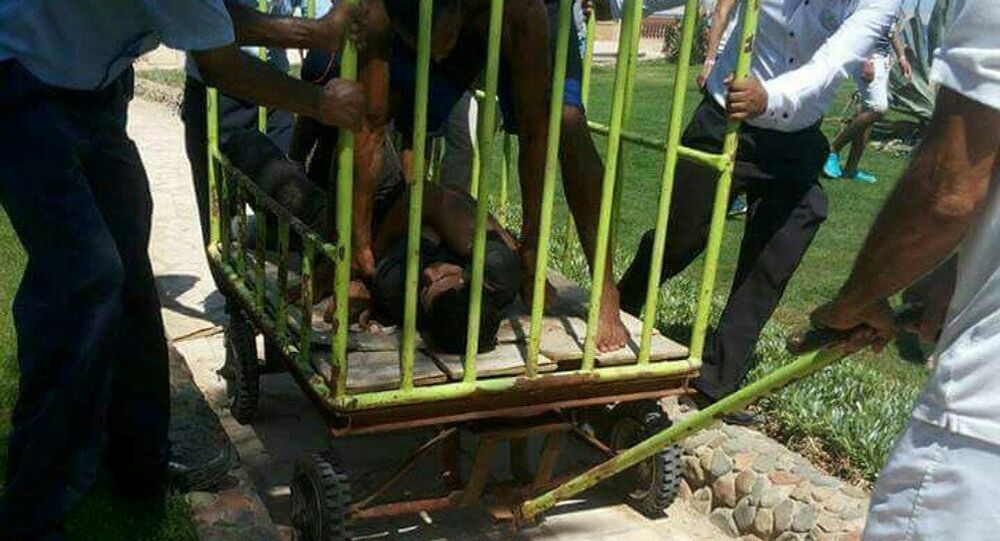 The man who stabbed two German citizens in the Egyptian resort city of Hurghada was a member of the Daesh and was in contact with other terrorists, according to German media reports.

MOSCOW (Sputnik) — The man who stabbed two German citizens in the Egyptian resort city of Hurghada acted on the orders of the Daesh terror group (outlawed in Russia), German media reported on Saturday.

On Friday, the man, wielding a knife, attacked the guests of a Hurghada hotel at the beach and killed two women from Germany, according to Egypt's Red Sea Governorate head. Four others tourists were injured.

© AP Photo / MOHAMED EL-SHAHED
Egypt Prime Minister Office Investigating Hurghada Stabbing Attack
The assailant was a member of the Daesh and was in contact with other terrorists, the DPA news agency reported, citing a source in Egyptian security services.

The attacker is believed to be a student from northern Egypt.

The information has not been officially confirmed by the Egyptian authorities.