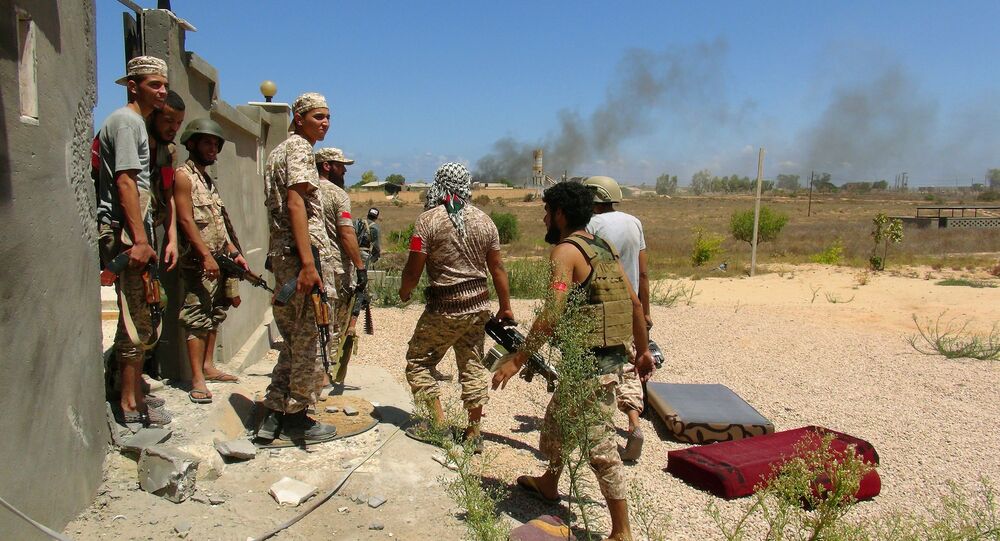 Libyan troops encircled Daesh on a 0.4-square-mile area in the city of Sirte and is preparing to deal the last blow.

SIRTE (Libya), (Sputnik) – The Libyan forces managed to surround Daesh terrorists in a 0.4-square-mile area in the city of Sirte seized by Daesh in 2015, spokesman of the military operation Brig. Gen. Mohamed Ghasri told Sputnik.

"Our progress in Sirte is continuing, the forces are heading for the coastal district of Jizah to kill the last terrorists there and after that for the district 600… The zero hour is coming after the militants were surrounded in a small area, not larger than one square kilometer," Ghasri said.

He refused to speak about the date of full liberation of the city noting that it would be announced only after de-mining the territory.

© REUTERS / Stringer
Daesh on Brink of Being Kicked Out From Libya's Sirte
He pointed out that the operation was carried out only by the Libyan forces with the US Air Force providing them with logistical support.

Daesh, a terrorist organization outlawed in the United States, Russia and many other nations, gained a foothold in Libya in the turmoil following the 2011 ousting of the country’s long-time leader Muammar Gaddafi.

US Forces Launch Seven Airstrikes in Libya in Anti-Daesh Operations