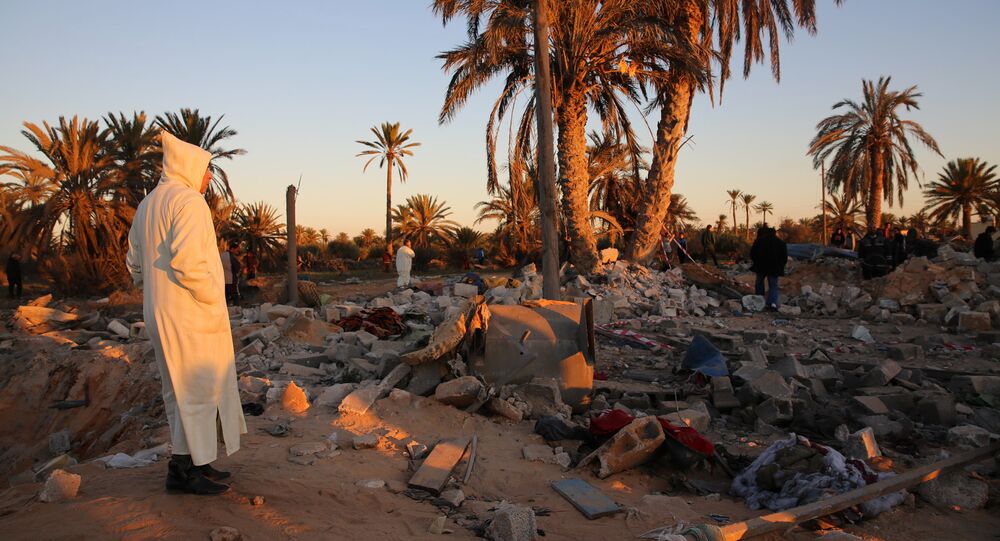 The US Special Operations forces for the first time are carrying out on-the-ground operations against Daesh jihadist group in Libya's Sirte, The Washington Post reported, citing US officials.

© AFP 2021 / Abdullah Doma
Western States Worried by Tensions Near Libyan Oil Terminal
MOSCOW (Sputnik) — The US forces' role on the ground is limited to supporting forces loyal to GNA, the newspaper reported, citing the officials wishing to remain anonymous.

According to Robyn Mack, spokeswoman for U.S. Africa Command (AFRICOM), some US military personnel will continue to operate in Libya to share information with local forces, however, she refused to provide any other details, the news outlet added.

The news comes a week after the United States began a new aerial campaign against Daesh at the request of and in coordination with Libya's Government of National Accord (GNA).

Daesh, outlawed in Russia and many countries around the world, gained a presence in Libya in the turmoil following the 2011 overthrow of leader Muammar Gaddafi. Libya has been mired in a civil war since 2014.

US Destroying Libya's Cities Without Plans to Rebuild, Support Government