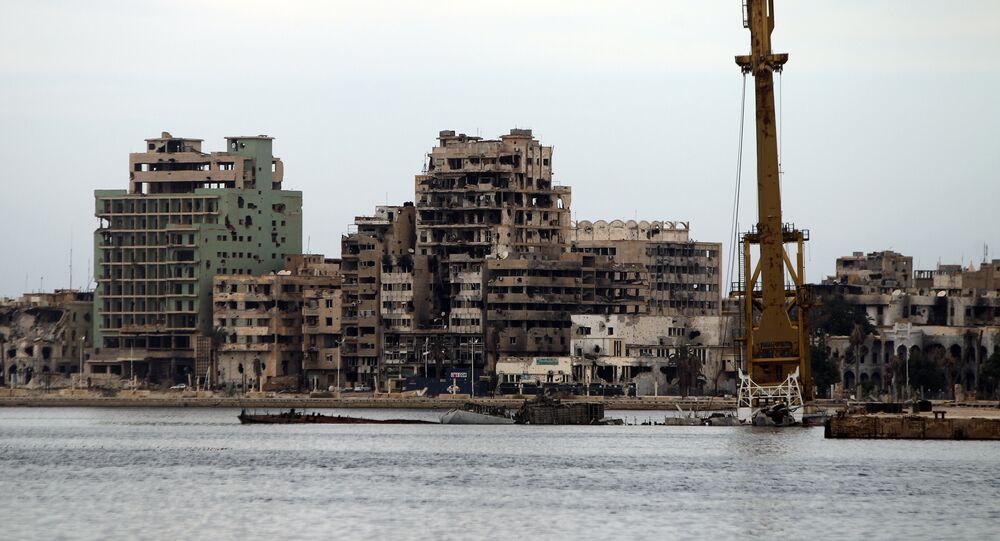 Five years after NATO bombings of Libya ousted the country’s veteran ruler Muammar Gaddafi and left the once-prosperous country in ruins, the North African state is being turned into a terrorist stronghold and is facing a possible military invasion by the West.

© Wikipedia
Think the Colonial Era is Over? Look at Libya, Think Again
The country is also facing a growing threat from Daesh, which is looking to capitalize on the lack of political stability and political infighting.

While the UN is trying to restart the political process in Libya, Western airstrikes on “terrorist targets” have resumed and chances of a full-scale ground invasion by US-led coalition forces look high.

After five years of “democratic reforms” Libya is plagued by instability and civil war. Battles for control of the country’s main cities between militias loyal to two rival governments in Tripoli and Tobruk have internally displaced hundreds of thousands of Libyans.

Meanwhile, a political and security vacuum in the country has allowed Daesh to gain a strong foothold on the shores of the Mediterranean and amass a force of more than 6,000 fighters.

Decimated by Russian airstrikes in Syria, the jihadists started looking for a new base and the war-torn Libya may become a perfect choice.

If most of Libya falls into the terrorists’ hands Europe would face a new wave of refugees.

“There are about 2.4 million internally displaced people and foreign refugees in Libya and these people desperately need humanitarian assistance, UN deputy special envoy to Libya, Ali Al-Zaatari, said, adding that all these people could start moving towards Europe any time now.

Even worse, Libya could become a Daesh hinterland and a jumping-off ground for attacks on its neighbors. It could also  pose a terrorist threat to and even an invasion of Western Europe.

Small wonder that Western strategists are now seriously mulling a ground operation in Libya with “unofficial” French, British and US commando units already on the ground there.