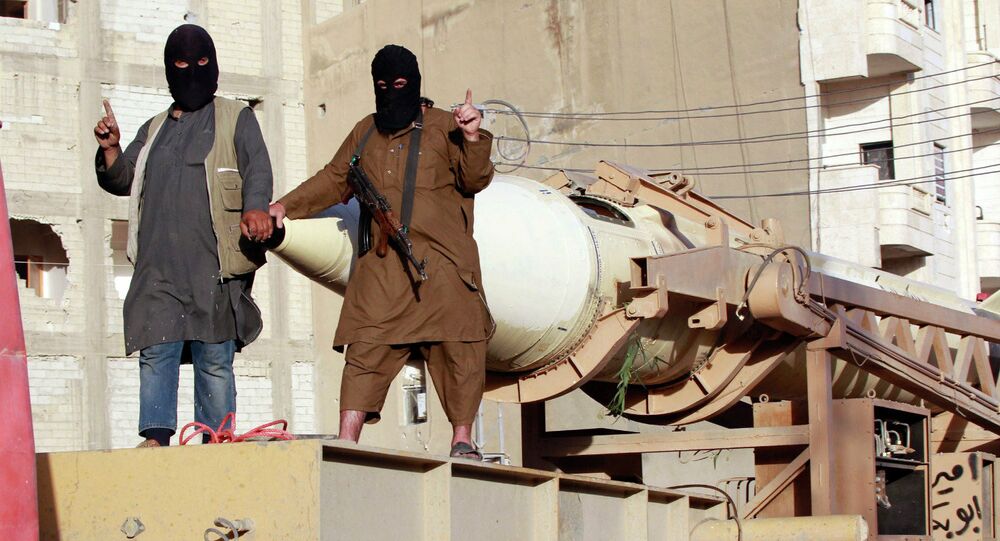 © AP Photo / File
Spreading Like Wildfire? Daesh May Start 'Blitzkrieg' in Libya Like in Iraq in 2014
Currently there are around 5,000 Daesh militants crawling around in Libya, according to the country's Interior Ministry.

HIS Jane's magazine reported back in December that Daesh considers Libya as the most favorable country into which it could expand and establish its regional North African "caliphate."

That's why Bonnet thinks it's time for France to start acting bold.

"If we want to defeat [Daesh], we need to smash it in Libya and not allow terrorists to seize the country, the destruction of which we, ourselves, contributed to," Bonnet said, according to the Boulevard Voltaire.

According to the author, airstrikes won't be enough, this time European soldiers should land on the Libyan coast and fight Daesh on their soil to prevent the jihadists from coming over to Europe.

Although only France, Britain and Italy can act military in Libya, the rest of the European Union (EU) should pitch in and help a future anti-Daesh operation financially. The key is to "act as quickly as possible," Bonnet argued.

© AP Photo
Less Talk, More Action: Europe Needs Alliance With Russia to Beat Daesh
Security has been on high alert in Europe since the November 13 terrorist attacks in Paris, carried out by Daesh militants.

In late December 2015, Italian Foreign Minister Paolo Gentiloni warned there was a possibility of new terrorist attacks across Europe in the future.

Daesh is considered one of the most serious threats to global security. In three years, the terrorists have seized large parts of Iraq and Syria. They have also been trying to establish their presence in North Africa, particularly in Libya.