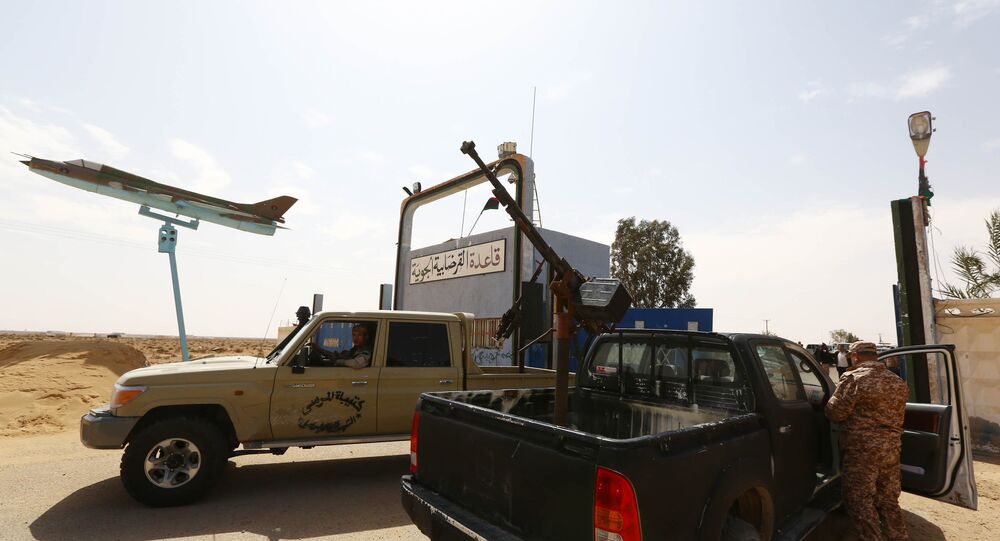 Militants from Daesh (also known as ISIL/ISIS) are currently undergoing civil aviation training in the Libyan city of Sirte, the group’s apparent stronghold in North Africa, according to the Saudi-run, London-based newspaper Asharq Al-Awsat.

The outlet says that the terrorists “practice take-off and landing, [using] a radar screen, and a communications device to contact the control tower.”

The “prevailing belief amongst investigators” is that the flight simulator was seized from the training departments of Gaddafi’s looted airports.

However other sources note that it is a brand new device and “may have arrived from abroad”.

A group of Daesh leaders, including retired officers from Libya and a number of neighboring countries, acquired the first civilian plane simulator in October, the newspaper quotes a senior Libyan military officer as saying in an interview during his recent visit to Cairo.

© AP Photo / File
Moving Closer to Europe: ISIL Sets Its Sights on Expansion in Libya
However, new information gathered by security services from Sirte during the last two weeks suggests that another fighter jet simulator had arrived. However, its type remains unknown.

The Libyan Air Force allegedly attempted to hit at least one base where the training is believed to be taking place, but to no avail, the newspaper quotes one security official working in a team which monitors Daesh activity in North Africa as saying.

Recent reports suggest that the jihadist group has increased its presence in the Mediterranean city of Sirte from 200 fighters at the start of the year to a force of 5,000 men, including administrators and financiers; the base is the first to have been directly established by Daesh outside Syria and Iraq, and brings the terrorists closer to Europe.

However, according to the US-based news website Bretibart, “Islamist militias in the country who share ideals with the jihadi group do have fighter jets in service. The 'Libya Dawn' Islamist coalition possesses Mig-25 interceptors and Mig-23s, fighter planes that originated in the Soviet Union. The Islamist rebels also have access to full-size commercial jets.”