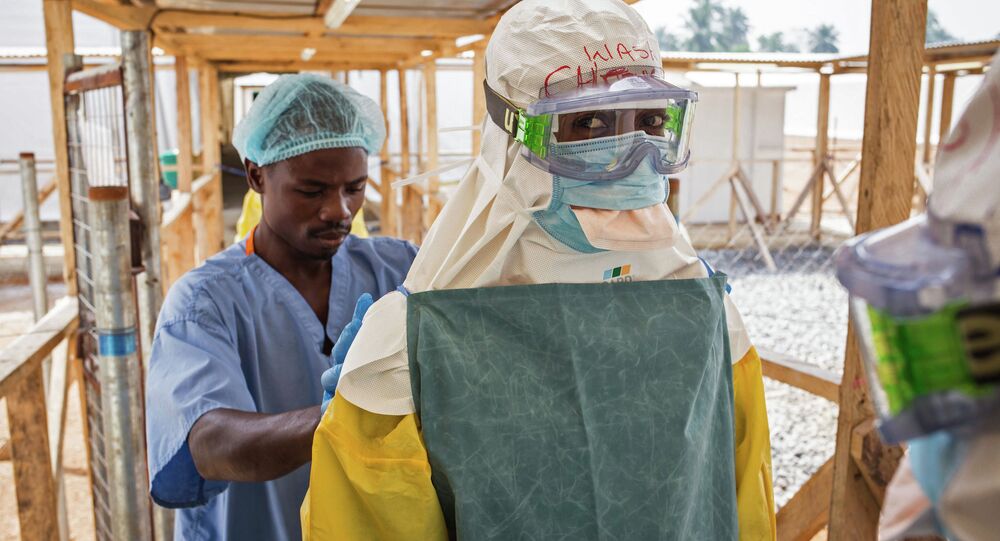 A new case of Ebola has been registered in Sierra Leone's eastern district of Kailahun, almost four months after the district, once a hotbed of the disease, was declared Ebola-free.

© CC BY 2.0 / TNS Sofres / Test tubes
Russian-Made Ebola Vaccine to Be Tested on Humans Within Months
A 9-month-old boy tested positive for Ebola after he died in Sierra Leone's eastern district of Kailahun, the first case of the disease in the area on Guinea's border in almost four months, news reports said.

According to Alex Bonapha, the Kailahun district council chairman, it was not immediately clear how the boy has contracted Ebola given that both his parents were healthy.

Bonapha suggested that the boy could have caught  the disease during a blood transfusion, which was confirmed by sources at the Nixon Hospital in Kailahun District.

"I am aware of the weakness in the health system which means that the blood transfused into the baby could well not have been the blood that had been donated by his uncle," Bonapha said.

The country's Ministry of Health has, meanwhile, voiced alarm over the case which came even amid efforts by local and international health officials to root out Ebola in Sierra Leone's north and west.

June 2014 saw up to 80 infections per week in Kailahun, but by the end of the year, zero cases were reported. Other eastern districts in Sierra Leone remained in the grip of the disease during that time.

About 10,500 people have already been killed in the current Ebola outbreak in West Africa; the disease has mainly struck in Guinea, Liberia and Sierra Leone.

10 US Medical Workers to Leave Sierra Leone Over Ebola Concerns