Karim al-Banna, 21, was sent to jail by a court in the Nile Delta province of Baheira on Saturday. His lawyer said his client’s father testified against his own son.

MOSCOW, January 11 (Sputnik) — A court in Egypt has sentenced a student for writing a Facebook post that he is an atheist and for insulting Islam, AFP reports Sunday.

Karim al-Banna, 21, was sent to jail by a court in the Nile Delta province of Baheira on Saturday, lawyer Ahmed Abdel Nabi told AFP.

"He was handed down a three-year prison sentence, and if he pays a bail of 1,000 Egyptian pounds ($140) the sentence can be suspended until a verdict is issued by an appeals court," Abdel Nabi said, adding that an appeal was to be heard on March 9.

The lawyer said his client’s father testified against his son and charged him of "embracing extremist ideas against Islam". 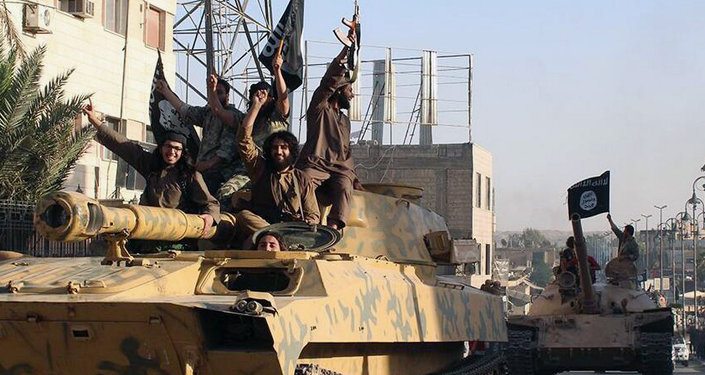 © AP Photo / Uncredited/Militant Website
Islamic State Publicly Executes Man for Blasphemy in Syria
Banna’s name had appeared in a list of known atheists in a local daily, and then his neighbors harassed him, said Ishaq Ibrahim, a researcher on religion and beliefs at the Egyptian Initiative for Personal Rights.

The young man decided to file a complaint against his neighbors at a police station. However, when he came to the police, he was accused of insulting Islam and arrested, according to Ibrahim, who has been tracking the case.

Banna has been held behind the bars since November.

In December 2012, a 27-year-old blogger, Alber Saber, was sentenced to three years in jail on charges of blasphemy.

Last June, a Coptic Christian man was sentenced to six years in jail for insulting Islam.

The Egyptian government has taken additional measures, including organizing workshops, to counter atheism.