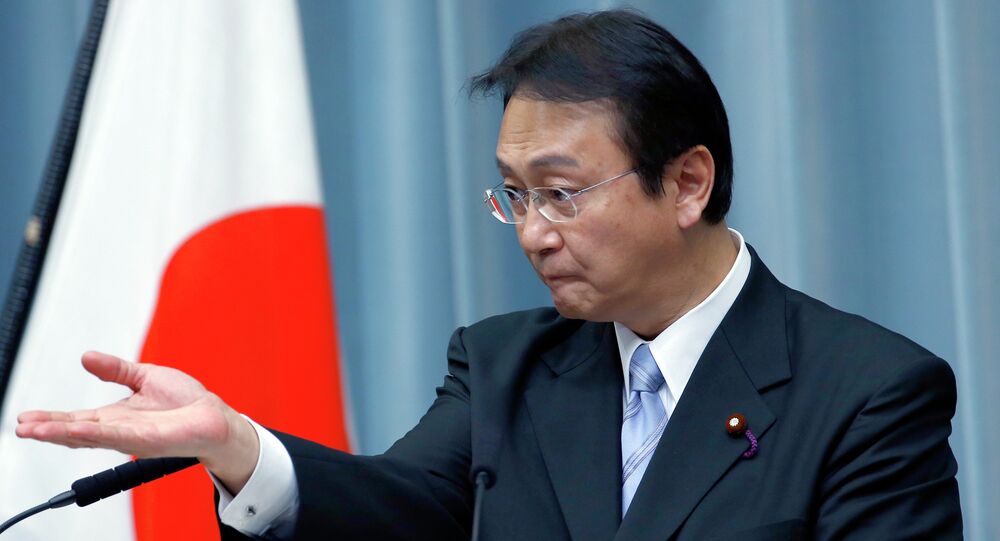 ASDF’s KC-767 transport aircraft carrying the protective equipment will leave Japan for Ghana, a West African country yet to be affected by the Ebola outbreak, on December 6, the order published on the ministerial website said.

© REUTERS / Jean-Paul Pelissier
Japanese Authorities to Publish Patients' Data in Case of Ebola: Reports
It would be the first use of Japan’s Self-Defense Forces aircraft in the fight with the virus outbreak.

"The shipment of aid by the Self-Defense Forces transport aircraft is one of government measures. We believe that it is of great importance in terms of mobility and the likelihood of delivery [of the aid to recipient]," the minister told a news conference.

In November, the Japanese government announced that it would allocate additional $100 million to help international organization combat the deadly Ebola virus outbreak. The promised aid is in addition to the $40 million that Prime Minister Shinzo Abe pledged at the UN General Assembly in September.

In the latest World Health Organization figures released Wednesday, the death toll from Ebola has reached more than 5,600 people worldwide out of almost 16,000 cases. The recent outbreak began in December 2013, spreading from Guinea to Liberia and Sierra Leone.