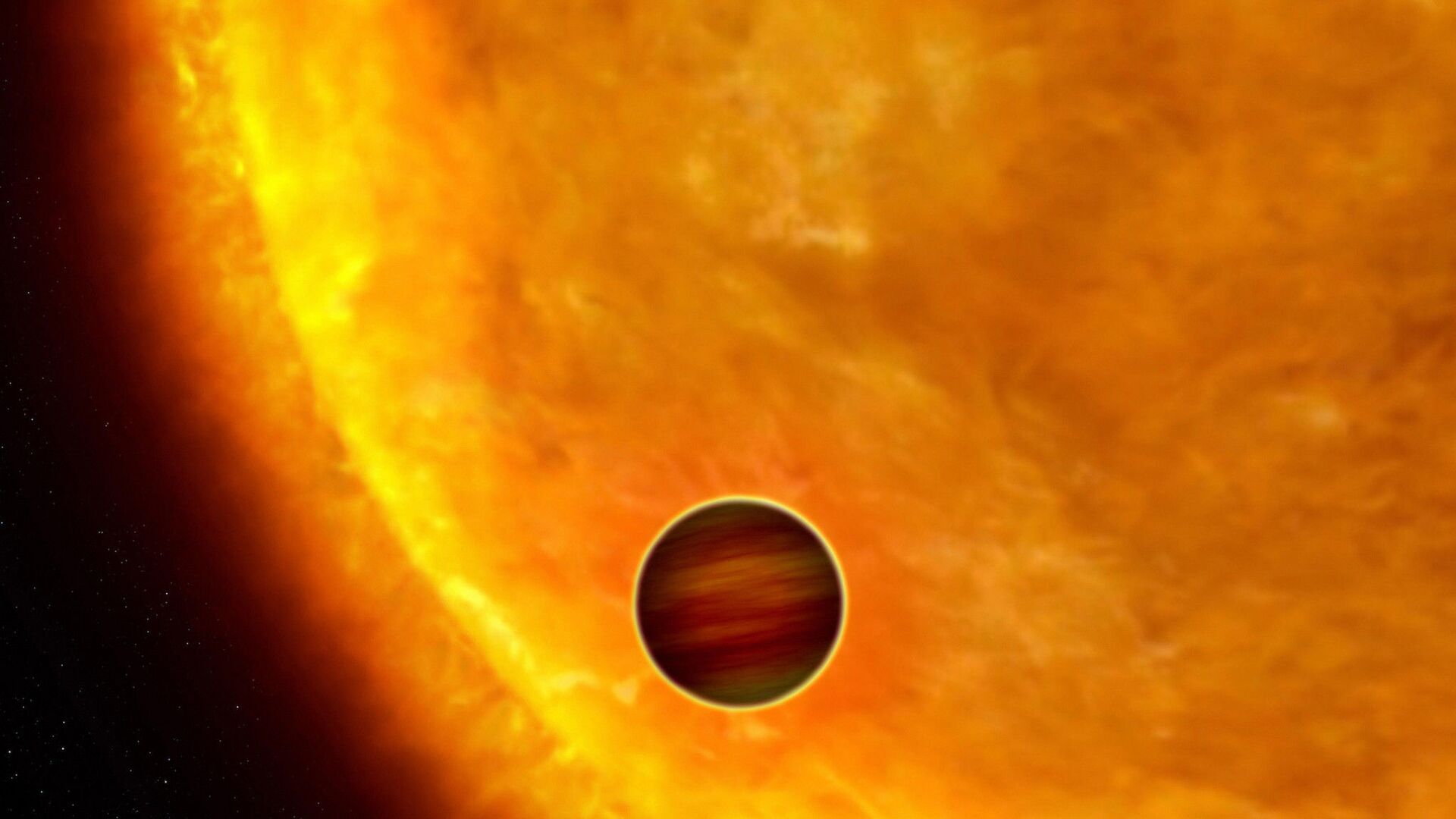 Max Gorbachev
All materialsWrite to the author
According to the space agency, the exoplanet called TOI-2180 b is about 379 light-years away from Earth and has an average temperature of about 170 degrees Fahrenheit (76 degrees Celsisus), which is warmer than room temperature on our planet as well as warmer than the outer planets of the solar system.
An amateur astronomer has discovered a Jupiter-like exoplanet with the same mass as the Sun, NASA has announced in a press release. Former naval officer Tom Jacobs is part of NASA's citizen science projects, which sees researchers from the space agency collaborating with members of the public interested in astronomy and physics.

Professional astronomers use computer algorithms to scan data collected by various telescopes to make new discoveries. To find an exoplanet researchers look for changes in brightness of stars, which could indicate that a certain star is being orbited by a planet. However, computer algorithms are designed to search for planets by identifying multiple transit events from a single star. That is where amateur astronomers come in.

Tom Jacobs is part of a team called the Visual Survey Group, which inspects telescope data by eye. On 1 February 2020, while inspecting data collected by the TESS telescope, Mr Jacobs noticed that light from the star called TOI-2180 b dimmed by less than half a percent and then returned to its previous brightness level over a 24-hour period.

He then informed NASA researchers about his finding. They, in turn, used the Automated Planet Finder Telescope at the Lick Observatory in California to test Jacobs' assumption. Scientists observed the planet's gravitational tug on the star, which allowed them to calculate the its mass and estimate a range of possibilities for its orbit.
According to NASA, the planet may have as much as "105 Earth masses worth of elements heavier than hydrogen and helium". It takes TOI-2180 b about 261 days to make a complete orbit, which NASA says is long compared to other known gas giants outside the solar system.

"With this new discovery, we are also pushing the limits of the kinds of planets we can extract from TESS observations. TESS was not specifically designed to find such long-orbit exoplanets, but our team, with the help of citizen scientists, are digging out these rare gems nonetheless", said Diana Dragomir, assistant professor at the University of New Mexico.

Scientists say they expect to get more information about the new exoplanet with the help of the James Webb Space Telescope that was launched last December. It will examine the planet's atmosphere. Right now, researchers plan to find whether the gaseous giant has rings and moons like our Jupiter.

NASA says amateur astronomers co-authored "68 peer-reviewed science papers, including the discovery of transiting 'exocomets' or comets outside the solar system crossing the face of a star".

"We love contributing to science. And I love this type of surveying, knowing that one is in new undiscovered territory not seen by any humans before", said Tom Jacobs.