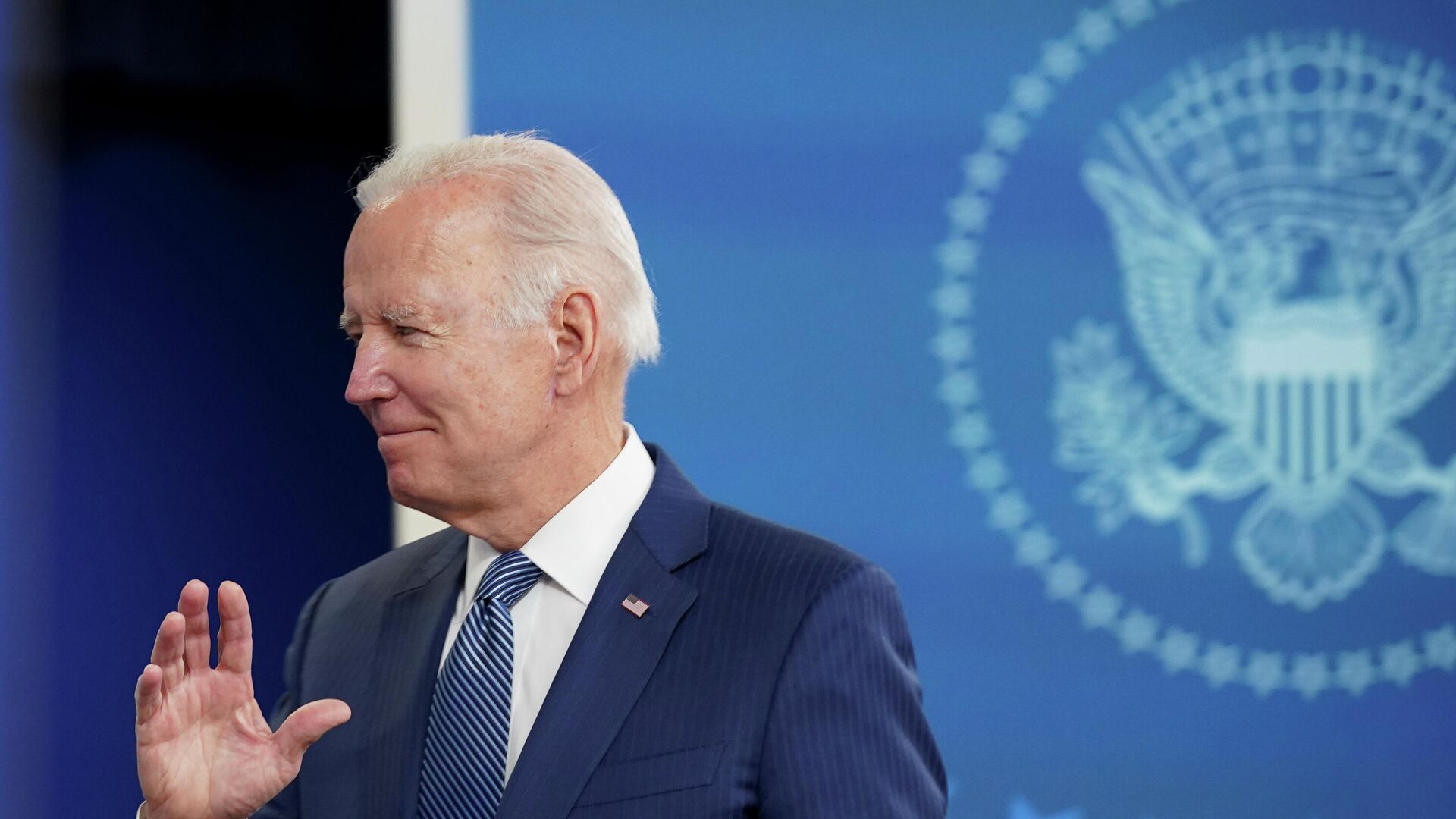 Max Gorbachev
All materialsWrite to the author
The public’s support of the Democrat has waned during the first year of his presidency. In February, he enjoyed the backing of over 50 percent of those surveyed. However, the chaotic withdrawal from Afghanistan, rising inflation, and vaccine mandates for federal workers saw his approval rating plunge to 38 percent this autumn.
US President Joe Biden has confessed he doesn’t pay attention to his low approval ratings. The Democrat made the statement while appearing on The Tonight Show starring Jimmy Fallon, becoming the second sitting US president to appear on a late-night talk show after Barack Obama in 2016. The host asked whether POTUS pays attention to his low approval ratings. The president jokingly replied:

Joe Biden went on to say that the public gets a lot of "inaccurate information" about the situation in the United States.

"You know, they are being told Armageddon is on the way. The truth is, the economy is growing more than it has in any time in close to 60 years. The unemployment rate is down to 4.2 percent and it’s going to go lower, in my view. We do have inflation on things that in fact matter to people’s lives. [The prices are going] to come down. So, there is a lot of anxiety and my job is to be straightforward, shoot from the shoulder, let people know exactly what the truth is and lay out how I’m going to try to make life better for them", POTUS said.

On 10 December, the US Department of Labour reported that the annual inflation had risen to 6.8 percent, breaking a nearly 40-year record. Conversely, Joe Biden’s approval ratings have been falling, although the recent survey showed that they had improved a bit.

A CNBC All-America Economic survey showed that 41 percent approved of his performance during his first year in office. However, the poll showed declining support for the Democrat’s policies on the economy and COVID-19.

Only 37 percent back Joe Biden’s economic agenda, compared to 56 percent who disapprove. The Democrat’s unpopular decision to introduce a vaccine mandate for federal workers has apparently increased the disapproval of his policy, with 48 percent disliking the overall plan on the coronavirus, compared to 46 percent, who approve of it.

During his appearance on the late night show, Joe Biden once again urged the public to get the inoculation as well as a booster jab, saying it "will make a gigantic difference" to the epidemiological situation in the United States. The US is one of the worst-affected nations across the world – nearly 50 million have been infected with the disease and almost 800,000 have died from it (numbers provided by Johns Hopkins University).
Newsfeed
0
Access to the chat has been blocked for violating the rules . You will be able to participate again through:∞. If you do not agree with the blocking, please use the feedback form
The discussion is closed. You can participate in the discussion within 24 hours after the publication of the article.
To participate in the discussion
log in or register
loader
Chats
Заголовок открываемого материала