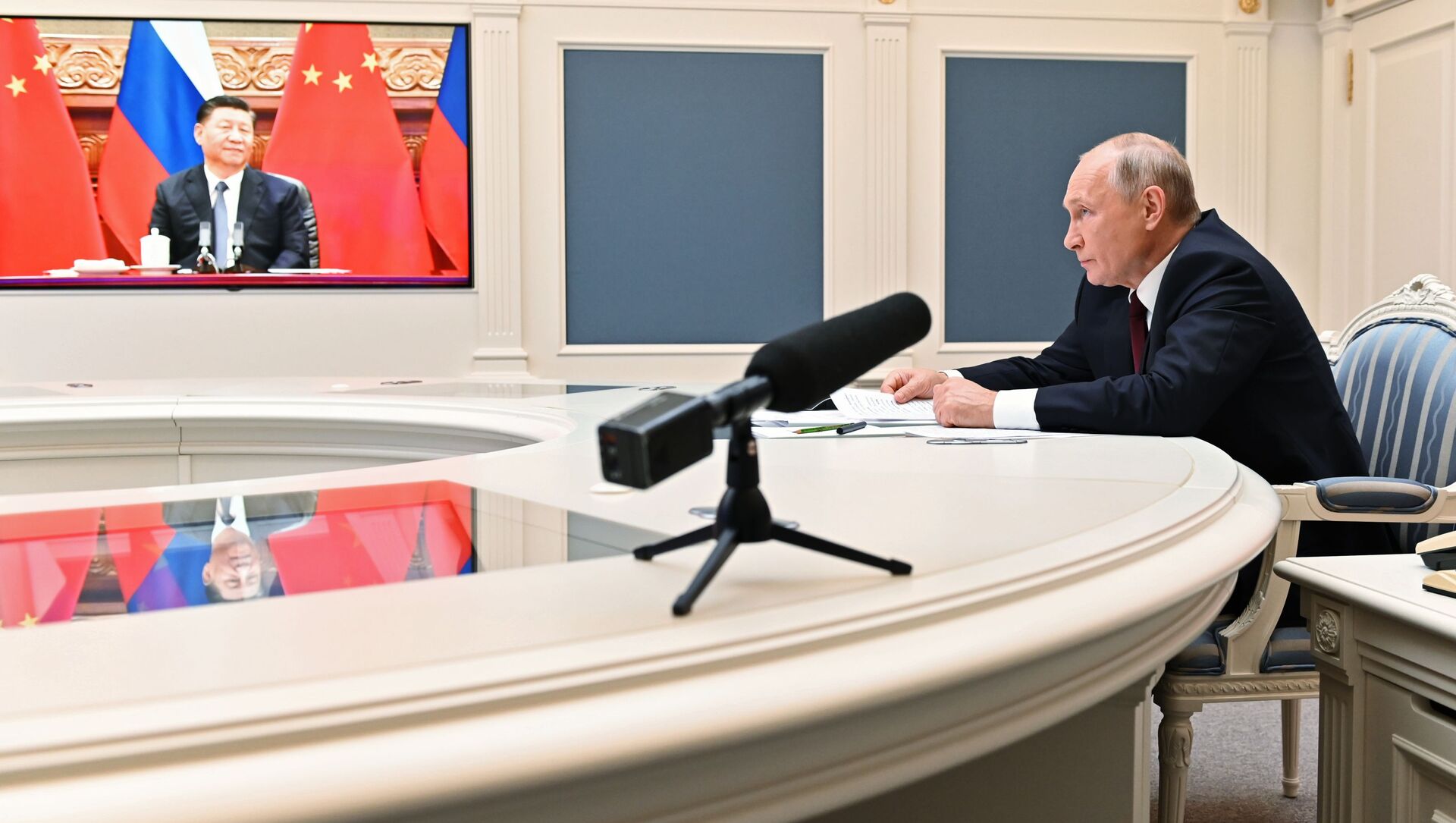 Finian Cunningham
All materials
The consolidation of the Russia-China alliance this week spells the endgame for Western imperialism and the never-ending wars that it spawns.

Russia’s President Vladimir Putin and China’s leader Xi Jinping celebrated the 20th anniversary of the Sino-Russian Treaty of Friendship, first signed in July 2001. The hallmark of that historic accord is a mutual commitment to peace, prosperity and global stability.

As Putin commented, the alliance between Russia and China is a vital source of “stability at a time of increasing geopolitical turbulence”. The latter remark is an oblique reference to the US-led Western states which are driven by ratcheting up antagonism and tensions with Moscow and Beijing using all sorts of spurious complaints.

The attempt by Washington (whether Republican or Democrat) and its Western minions to make trouble with Russia and China has become almost frenetic. Step back from the daily headlines in Western media and it is glaring just how much the agenda has become irrationally hostile towards Moscow and Beijing. Week after week there are unfounded allegations about aggression, security threats, cybercrime, interference, Covid-19, and so on. It’s like a mad cacophony to wind up tensions. Nevertheless, the deranged attitude of Western ruling cliques is but the death throes of a world order that has reached its expiration.

Russia and China’s partnership has hugely transformative geopolitical significance. Both these giant nations straddle the continents of Asia and Europe, connecting the Pacific with the Atlantic, ranging from the Arctic to the Mediterranean. Both are committed to a vision of a multipolar world where nations cooperate for mutual development. China’s Belt and Road Initiative (BRI) linking Eurasia with Africa and the Americas is the vision of the future, and Russia is a key partner in implementing that ambitious win-win project for global peace and prosperity.

This vision stands in stark contrast to the prevailing Western capitalist paradigm which operates through dominance, control and exploitation for American and European profiteering. That kind of centuries-old system necessarily involves imperialist conduct whereby natural resources of foreign nations are commandeered by brute military force, conflict, subjugation, subterfuge, skulduggery and other machinations.

The multipolar vision of global relations advocated by Russia and China is the nemesis of the Western imperialist system. And that explains why the Americans and their European vassals make every effort to demonize and distort Russia and China.

But the geopolitical potential of Russia and China is unstoppable. There is a force of natural justice that all nations will inevitably subscribe to as the only reasonable, feasible and sustainable way forward. It’s about people-centered development versus profit-driven disorder.

Moreover, the partnership between Russia and China is a geographer’s wonder study. Russia is the world’s largest national territory by landmass. With over 17 million square kilometers, it covers 11 time zones out of the world’s total of 24. The abundance of natural resources that Russia possesses is astounding, from reserves of natural gas, oil, metals and minerals, to forestry, agriculture and fisheries. It also can boast of highly advanced technology in multiple sectors. And it shares a long land border with China for easing trade.

Meanwhile, China has a population of 1.4 billion people, ten times that of Russia. With highly advanced technology and manufacturing, China is not only a vast market for Russian resources, it is also a gateway to the world economy. China has already become the world’s biggest economy over the United States according to some measures.

The US and Europe are post-industrial economies that are also post-peak of their prime. Their “prime” was always based on an extractive predatory relationship with the rest of the world that was predicated on inflicting conflict and poverty on others.

As China and Russia build on their strategic partnership for mutual prosperity and peace the upshot will inevitably entail the endgame for Western imperial powers which are atrophying from massive inequality, indebtedness, moral decadence and social decay.

Fortunately, too, and this is crucial, Russia and China have military defenses from new generations of hypersonic weaponry that make them impregnable against any warmongering notions by the United States. A failing empire like the US and its Western satellites is always a dangerous time as it tries to prevent the inevitable collapse, but starting a war with Russia and China is not an option.