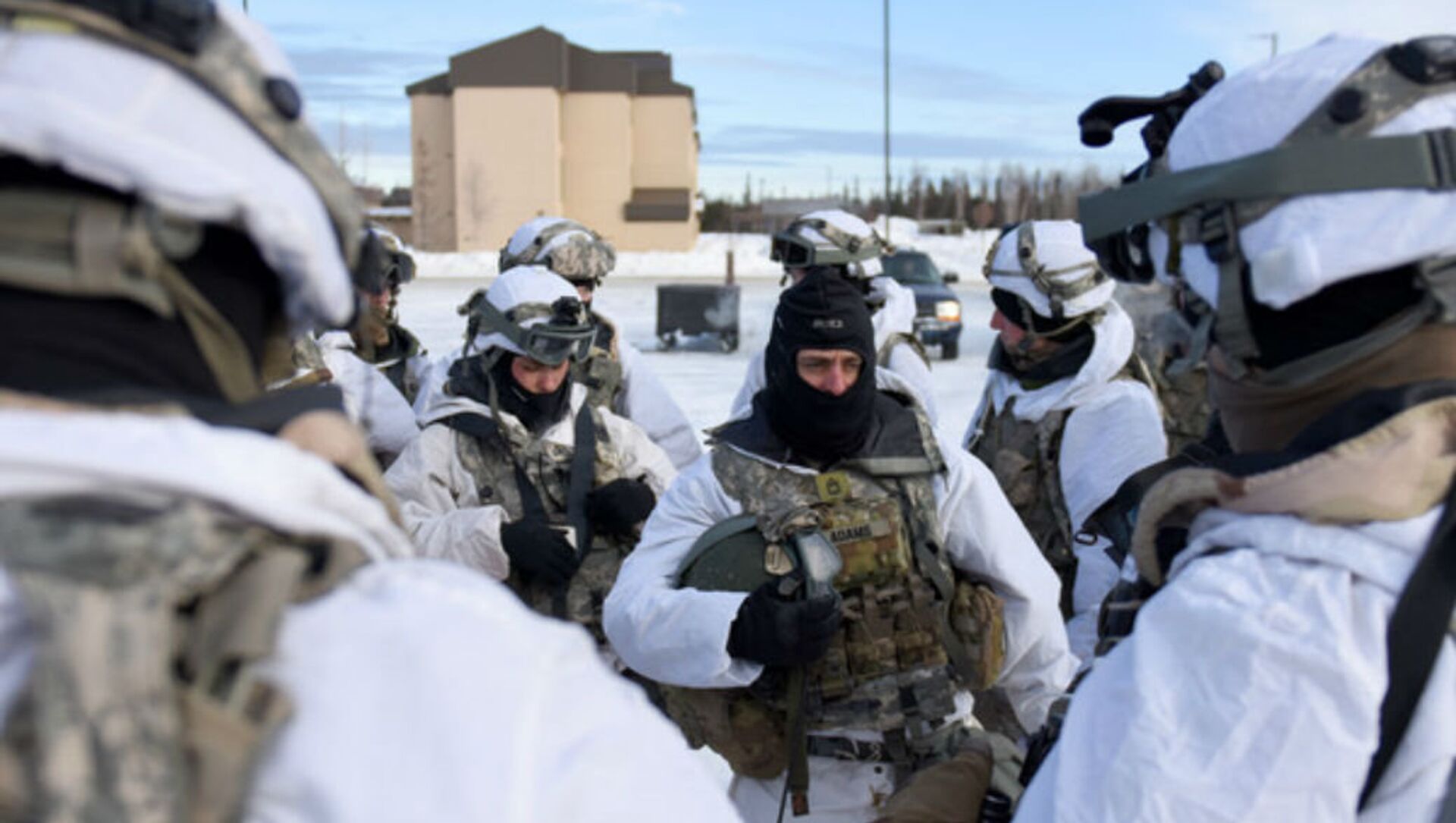 © U.S. Navy photo by Mass Communication Specialist 1st Class Kiona Miller
Subscribe
International
India
Africa
Ekaterina Blinova
All materialsWrite to the author
Washington is trying to play its own game in the Arctic under the guise of common good and protection of a "rules based" order, says American peace activist Jan R. Weinberg referring to the recent establishment of the Pentagon's Ted Stevens Center for Arctic Security Studies.

There are areas where the US and Russia can work together to produce outcomes, including Syria and the Arctic, National Security Advisor Jake Sullivan told the press on 13 June in advance of the Putin-Biden Wednesday meeting in Geneva.

At the same time, last month the Biden administration subjected Russia to criticism over what it called "unlawful maritime claims" in the Arctic region. However, the Kremlin shredded Washington's allegations as groundless.

In May, Russia assumed chairmanship of the Arctic Council for the next two years, signalling that its main focus will be on enhancing the sustainability, resilience and viability of the Arctic communities, ensuring sustainable socio-economic development in the regionb and strengthening the Council as the leading format for international Arctic cooperation.

While the US is a member of the Arctic Council – together with Canada, Denmark, Finland, Iceland, Norway, Russia, and Sweden – it is promoting its own Arctic format and agendas aimed at beefing up its military presence and "regaining leadership" in the region.

On 9 June, the US Defense Department (DoD) announced the creation of a new Pentagon centre to focus on issues related to the Arctic.

"The Ted Stevens Center will provide a new venue to collaborate across the US government and with our allies and partners to advance shared interests for a peaceful and prosperous Arctic," said Pentagon Press Secretary John F. Kirby.

According to the DoD's press release, the centre will work with partner nations "to ensure that a stable, rules-based order in the Arctic will benefit the United States and all Arctic nations, including Canada, Denmark, Finland, Iceland, Norway, Russia, Sweden and the United States".

Our new Department of Defense Regional Center, the Ted Stevens Center for Arctic Security Studies, will be another great example of how collaboration and teamwork will deter the threats of the future, and also help us secure a critically important region. https://t.co/VTgYvzQ38c

​The Pentagon also emphasises that the centre's focus "will support US Interim National Security Strategic Guidance". Here is the rub: while proclaiming inclusiveness and benefits for all Arctic nations, the new centre is at the same time promoting a doctrine which sees "a destabilising Russia" and "an increasingly assertive China" as major "strategic challenges".

Washington is playing a foul game, according to Jan R. Weinberg, an American peace activist and founder of "Show Up! America": one can be either a friend or a foe, it can't be both. In addition to that, Weinberg sees no sense in multiplying Arctic centres which nominally pursue one and the same agenda, i.e. the stability and rules-based order in High North. 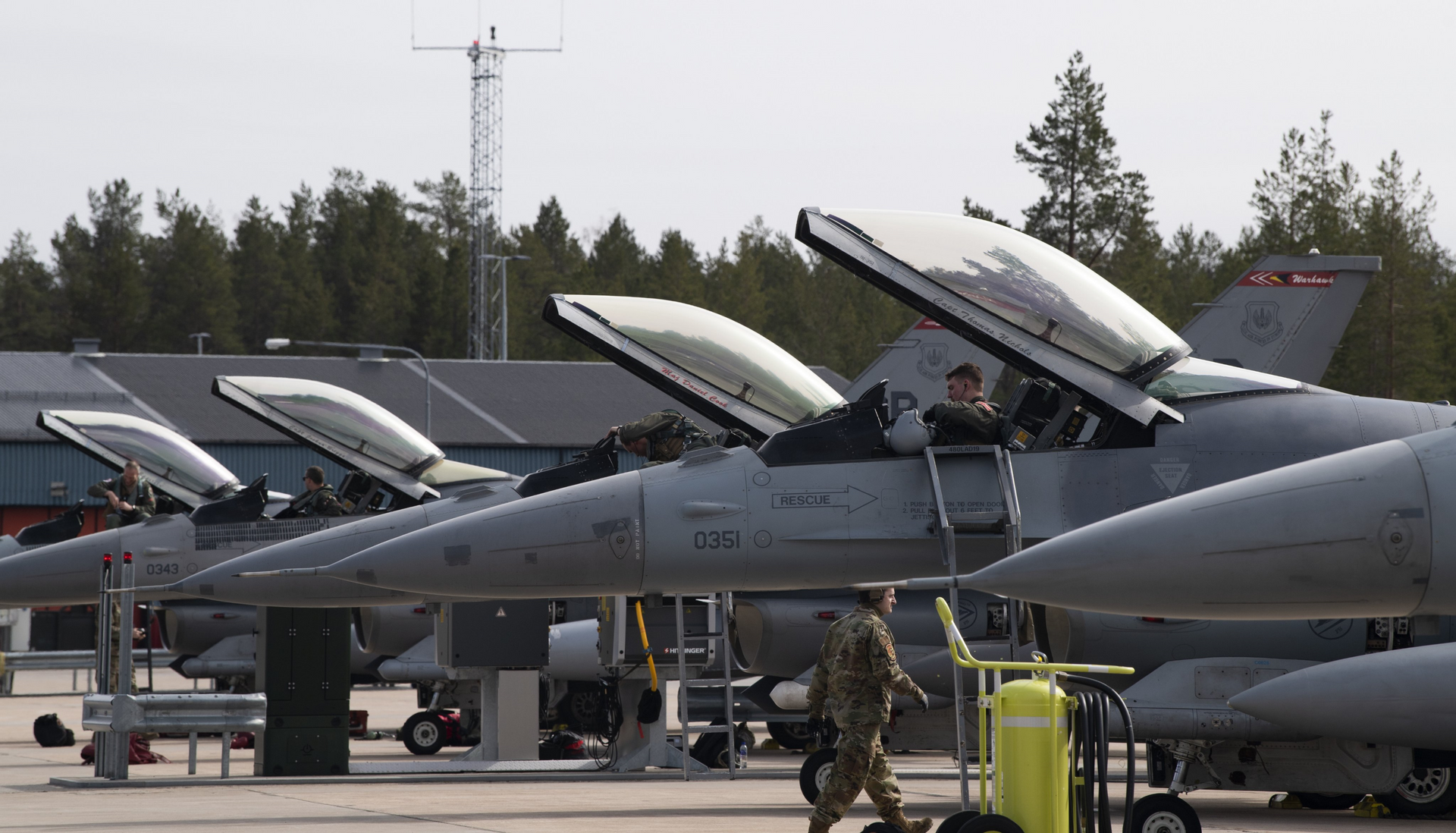 US Air Force F-16C and F-16D fighters assigned with the 52nd Fighter Wing, Spangdahlem Air Base, Germany, arrive in Kallax, Sweden on 17 May to support the Arctic Challenge Exercise 21 drills.
© Photo : Twitter / USAF-AFAFRICA

Obama's GLACIER Conference & US' Pivot to the Arctic

Actually, the Biden Arctic strategy is a continuation of Barack Obama's policies aimed at expanding Washington's influence in the region, the peace activist remarks.

"In 2015 President Obama held the GLACIER Conference (Global Leadership in the Arctic: Cooperation, Innovation, Engagement and Resilience) even though the United States is a member of the Arctic Council," Weinberg recollects. "The establishment of the Center for Arctic Security Studies is yet another message to the international community, even while they profess adherence to international norms and cooperation among nations, that the United States will control the message when it suits its purposes."

The US Military in Alaska knows its stuff. We were instructed in Arctic survival techniques, shown the latest gear & equipment, & got a sense of what it means to operate in one of the world’s toughest regions. Thanks to @PAOFWA & @EielsonAirForce for sharing! #ArcticAmerica pic.twitter.com/bZtg6t9XsR

​The peace activist highlights that by an act of Congress, the National Defense Authorization Act of 2021, it was agreed with nary a voice of dissension that a new security studies centre will be established, with a particular focus on militarism within the Arctic region.

"I can tell you, contrary to democratic principles, that these issues were not deliberated with the American people," he insists.

At the same time, the Pentagon's newly established Ted Stevens Center for Arctic Security Studies fits into the department's comprehensive Arctic strategy aimed teaming up with its NATO allies to contain Russia and China in the region, according to the scholar, who refers to the US/NATO ramped up drills in the region as well as installations of new military facilities in close proximity to Russia's borders.

In a broader sense, the US-NATO push in the Arctic is the continuation of the alliance's movement towards Russia's borders which started – in violation of guarantees given by Western power to the Soviet leadership – in the mid-1990s, the scholar notes. However, each time ahead of further military buildup, the US and NATO are raising the alarm over the perceived Russia's "assertiveness."

Our #B1 Lancers have arrived in Norway! They join 200 #Airmen who deployed earlier this month to conduct the first ever #BomberTaskForce training missions out of Ørland Air Station.

​According to Weinberg, increased militarisation of the Arctic – whoever is pushing it – is fraught with severe risks for the international community. He laments the fact that it may very well become a permanent state of affairs being "unsustainable financially and morally, and quite dangerous".

"Projection of power – being ready and willing to use force is professed to be integral to the United States government’s form of diplomacy," the peace activist concludes.