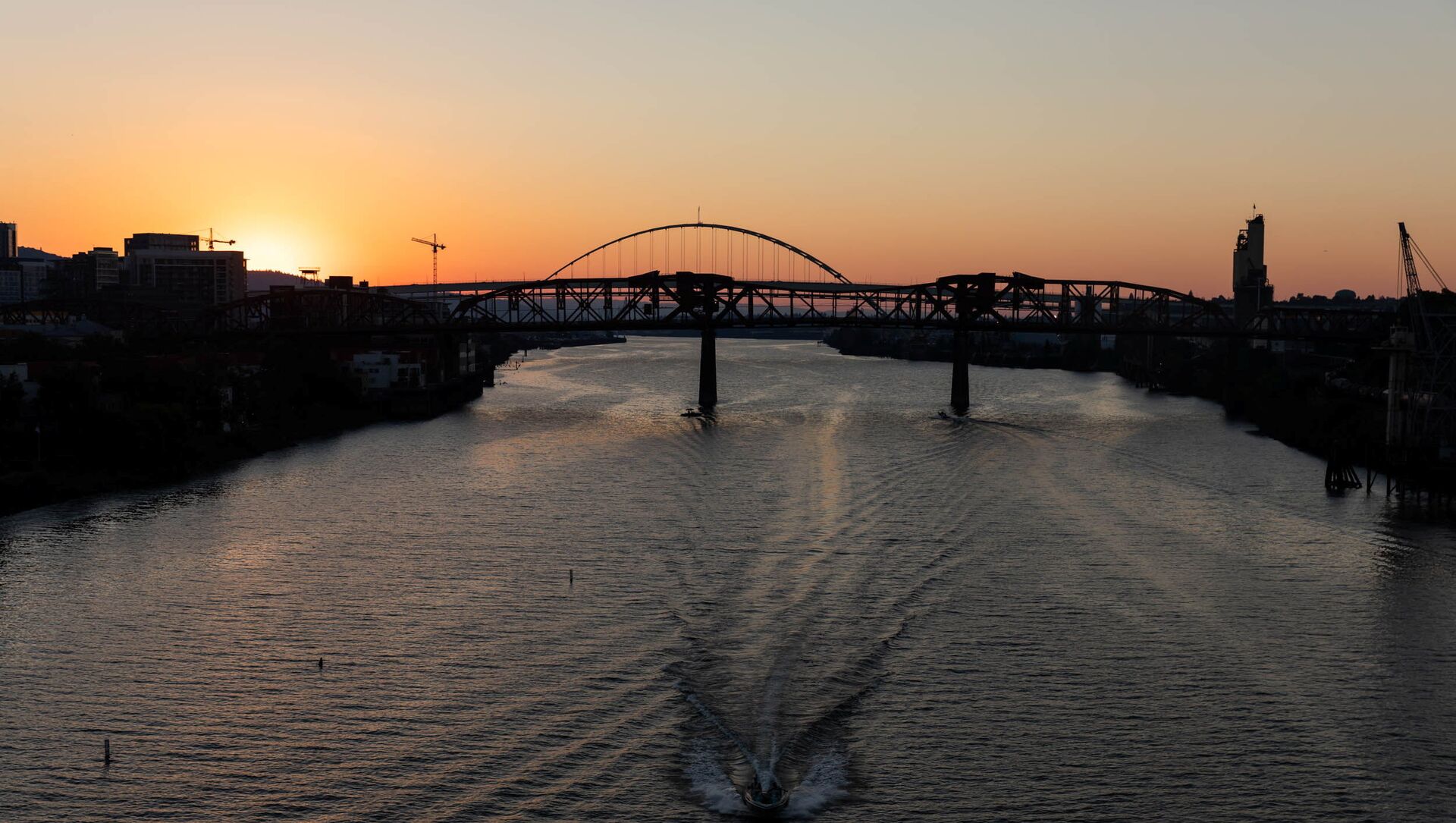 © REUTERS / Maranie Staab
Subscribe
Gaby Arancibia
All materialsWrite to the author
Prior to 2021, an analysis conducted by the US National Aeronautics and Space Administration concluded that 2020 was tied with 2016 for the warmest year on record. Researchers have largely blamed the rising global temperatures on greenhouse gas emissions.

The scorching heat wave presently baking much of the Pacific Northwest of the US has shattered temperature records in the region and prompted a stream of locals to run toward the nearest air conditioning unit, if one is available.

The intensity with which the current heat wave is consuming the region has never been topped since tracking efforts began, with record-setting figures documented by the National Weather Service’s Seattle station on Monday reading a sweltering 107 degrees Fahrenheit. The previous record for the city - 105 degrees Fahrenheit - was set in 2009.

But Seattle is far from the only city feeling the heat in Washington state on Monday. In the cities of Olympia and Quillayute, new record temps of 109 degrees and 110 degrees Fahrenheit, respectively, were recorded.

And it doesn’t stop there, folks. The Seattle hub also reported that preliminary recordings showed that two weather stations in Dallesport and Sol Duc River recorded a shocking high temperature of 118 degrees Fahrenheit.

Typically, temperatures for the month of June for the Evergreen State average at between 69 degrees and 74 degrees Fahrenheit.

Pavement buckles, which occur as a result of extreme temperatures, also became an issue in the state as workers had to implement road blocks in order to avoid causing any collisions or related-issues during high traffic hours.

Over yonder in neighboring Oregon, the heat was not any less intense as Portland, Oregon, was deemed one of the hottest cities in the state after recording a blazing 116 degrees Fahrenheit in the afternoon.

Over the weekend, temperatures prompted the Portland Streetcar, which serves much of downtown Portland, to shutter services after officials detected the Sun’s rays had melted some power cables.

As locals do everything they can to avoid the heat, staying cool has become the challenge.

Although roughly 91% of US homes have air conditioning units installed, only 78% of homes in Portland and an even lower 44% of homes in Seattle can say they have such units, according to figures from the American House Survey.

Officials in the region have opened a variety of cooling centers at community structures to offer respite from the heat. Temperatures are expected to subside by the middle of the week, according to the National Weather Service.

000000
Popular comments
2020 was the coldest dam June in 100 years in the American SE. And 2021 has been even colder so far. NASA at this point is faking the data to get global warming funding and keep the scam going.