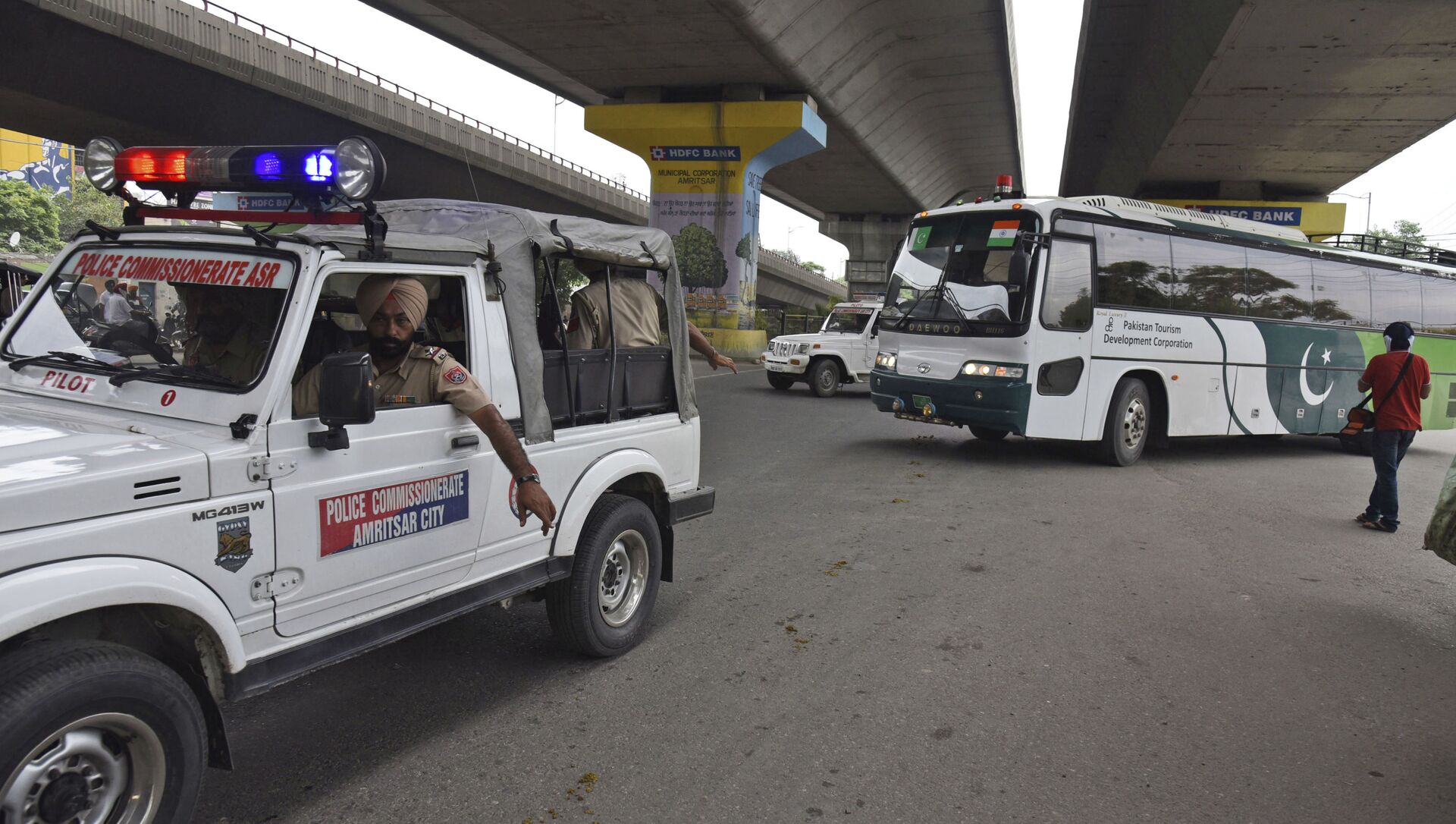 Dhairya Maheshwari
All materials
Investigators in the Pakistani province of Punjab have handed over all the evidence gathered during their probe into the Lahore bomb blast incident last week to the federal authorities, the province chief said on Monday. He said that authorities have "identified" a massive network operated by a foreign intelligence agency in Pakistan.

Chief of the Pakistani province of Punjab, Usman Buzdar, on Monday claimed a "hostile intelligence agency" was involved in executing the bomb blast that rocked Lahore's Johar last week.

"The car used in the explosion was identified through CCTV footage, after which the security agencies tracked down the suspects. Those involved in procuring the explosives used during the blast have also been identified and nabbed", stated Buzdar, addressing a press conference in Lahore.

"Our investigation has revealed that a hostile intelligence agency carried out the attack", he disclosed.

The Punjab chief commended the Counter Terrorism Department (CTD) and the Punjab Police for tracking down and arresting the suspects over the last four days in countrywide raids.

Speaking at the press conference, Punjab's Inspector General of Police (IGP) Inam Ghani revealed that 10 Pakistani citizens were involved in organising the attack.

Ghani also disclosed that no foreigners were involved in executing the blast.

The Punjab police chief refused to name the "intelligence agency" by name, stating that "you all know which agency it was".

He further claimed that the suspect behind the wheel was from Pakistan's Khyber Pakhtunkhwa Province.

"Many of these people are easily recruited by foreign agencies in the Middle East. It is practically impossible for agents from other countries to get into Pakistan due to the strong immigration and security system here", he stated.

Three people were killed and 24 others injured in the deadly explosion, which took place near the residence of the 26/11 Mumbai terror attack mastermind Hafiz Saeed, a United Nations (UN)-designated terrorist who runs the Islamist charity Jamaat-ud-Dawa (JuD).

JuD is widely recognised as a front for terrorist outfit Lashkar-e-Taiba (LeT), which has been involved in carrying out terrorist attacks in India.

In one of its most brazen attacks, the LeT operatives carried out a series of 12 coordinated attacks across different locations in India's financial capital Mumbai on 26 November 2008. The attacks left 166 people dead and over 300 injured.