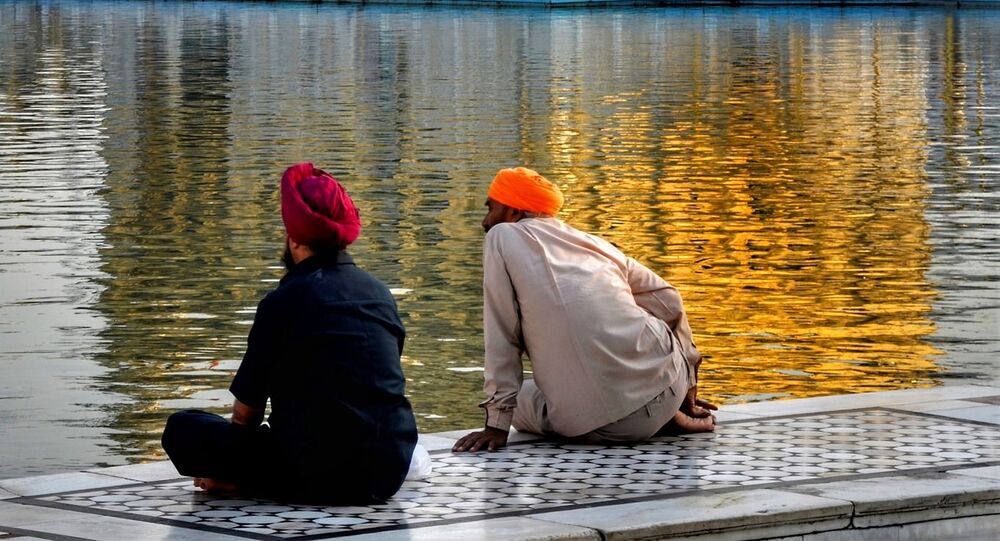 Gurdeep Singh of the ruling Pakistan Tehreek-e-Insaf party has become the first turban-clad Sikh representative from Pakistan's Khyber Pakhtunkhwa province to secure a seat in Pakistan’s Senate, the upper house of Parliament.

Many people in India view it as a hope for the minority population in Pakistan, especially in Khyber Pakhtunkhwa, which has recently seen severe tensions due to the vandalisation of a Hindu temple by a local mob.

Singh’s election to Pakistan’s Upper House has fuelled the aspirations of the Sikh community in India that the minority group’s issues will be better addressed now in the neighbouring country.

“This is not the first time that Sikhs have occupied important positions in Pakistan. But past instances have shown that they later faced severe violence. I hope he will stay safe from fanatics," Delhi BJP spokesperson Tajinderpal Singh Bagga told Sputnik. "Pakistan has a long history of intolerance against minority groups. In 2018, Pakistan’s first Sikh police officer Gulab Singh was persecuted in Pakistan, manhandled and thrown out of his house.”

Jagtar Singh, an expert in Sikh affairs and author, feels Sikhs are "more comfortably placed in Pakistan than other minority groups like Hindus and Christians."

"In the case of Sikhs, the opening of the Kartarpur Corridor between India and Pakistan is the best example of Pakistan’s attitude,“ he stressed.

The Kartarpur Corridor is a visa-free border crossing that connects Gurdwara Darbar Sahib in Pakistan to the border with India. The 4.7-kilometre crossing has allowed Sikh devotees from India to visit the gurdwara in Kartarpur on the Pakistani side without a visa since November 2018.

“Sikhs are being accommodated at various levels, subject to qualifications,“ Singh added.

Instances of violence against the minority Hindu community were recently reported in Khyber Pakhtunkhwa, when a Muslim mob vandalised a Hindu temple in Terri village in the province in December 2020 and set it ablaze.

Facing severe criticism, Khyber Pakhtunkhwa chief Mahmood Khan had said that his government will rebuild the Hindu temple. The temple was attacked after members of the Hindu community received permission from local authorities to renovate its decades-old building.

The mob, led by a local cleric and supporters, demolished the newly-constructed work alongside the old structures. It  also desecrated Hindu scriptures.

Gurdeep Singh's victory is being hailed by people in Pakistan on Twitter as well.