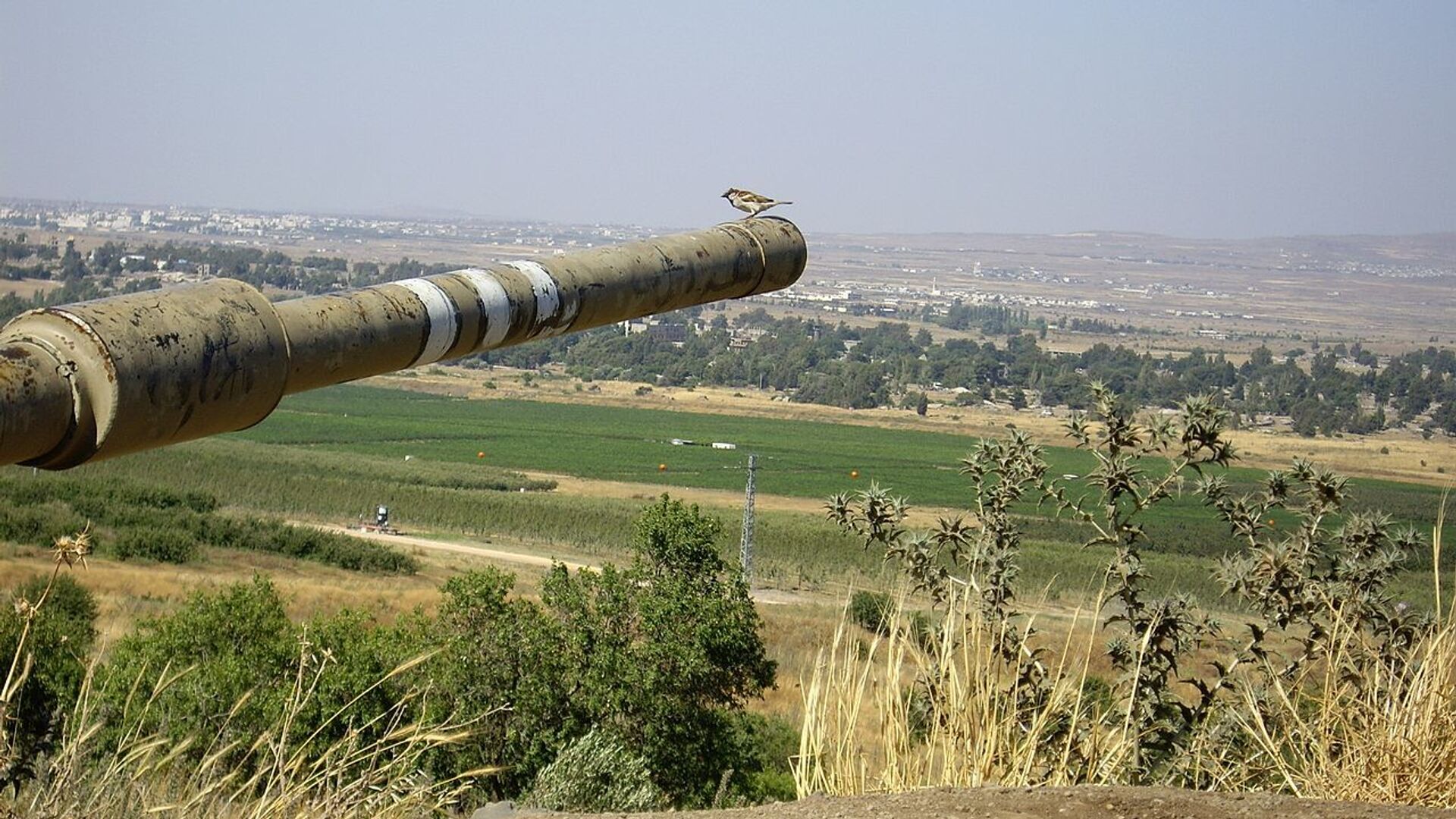 "[T]he main threat to Israel is the presence of Iranian-backed groups, as they threaten our borders. We try not to intervene in the Syrian conflict, and have responded only when we had reliable information that the Iranian-backed groups are planning attacks against Israel, or if the creation of certain local groups, their financing and arming, were directed against us," Ben Zvi said.

Israel has recently increased its attacks on pro-Iranian militia in Syria whom it sees as threatening the Jewish state, targeting their infrastructure and clandestine facilities, reportedly used to manufacture precision missiles.

"I will not go into details, but can say that we are doing our best to ensure that our cooperation [with Russia] in this region will be in the best interest for the security of both countries," the diplomat added, commenting on the impact of Israeli airstrikes on Russian-Israeli coordination efforts in Syria.

Part of an ongoing rise in tensions across the region dubbed by observers as the "Middle East Cold War," militia groups funded, trained, and backed by Tehran have constituted the backbone of Iran’s military presence in Lebanon, Syria, Iraq and Yemen. This has led to growing concerns over the Islamic Republic’s expansion against its main regional adversaries, Israel and the Saudi-led Gulf Cooperation Council bloc.

Israel, US Remain Strategic Partners Despite Differences Over JCPOA

Israel is committed to its strategic partnership with the United States despite the two countries’ disagreements over the Iranian nuclear deal, Ben Zvi said.

"Let us see how the negotiations [on the Iran nuclear deal] will unfold and what this will lead to. In any case, one needs to remember that ... Israel and the United States are strategic partners. There is no other way to express this, and it is not important who heads the country, be that Trump, Biden, Clinton, and so on. Israel and the US are and will always be strategic partners," Ben Zvi said.

The Biden administration’s efforts to reanimate the Joint Comprehensive Plan of Action have been met with criticism from Iran’s regional adversaries, as both Israel and the Saudi-led Gulf Cooperation Council called for the expansion of the deal to include limitations on the Islamic Republic’s ballistic missile program and measures to curb its financing of militia groups in Lebanon, Syria, Iraq and Yemen.

"The matter of ballistic missiles was not included in the deal … and for this reason we were against [it] and insisted on the fact that this was just a bad deal from our perspective," Ben Zvi said, adding that the deal also lacked clauses on Tehran’s support of armed proxy groups across the Middle East.

Dubbed by observers as the "Middle East Cold War", the proxy war between Iran’s "axis of resistance" and the Saudi-led GCC has divided the region into two opposing camps, with a recent rapprochement between Israel and close Saudi allies Bahrain and the UAE as part of the Abraham accords, marking a new milestone in the ongoing regional standoff.

Israel, Russia May Hold Off High-Ranking Visits Until Pandemic Eases

Israel and Russia continue close contacts, but will hold off high-level visits until the pandemic situation stabilizes, Ben Zvi said.

"No, not in the near future. I'll tell you frankly, generally — yes, but in the near future — no. It's just that the situation with the pandemic is not simple, so, until it all calms down, I think we will put off delegations. But in general, yes, the idea is there," the ambassador said, when asked whether any high-level visits are planned for the near future.

He noted that the two countries continue to maintain close contacts, just not in the format of foreign trips. Ben Zvi recalled that during his visit to Moscow in March, former Foreign Minister Gabi Ashkenazi invited Russia's Sergey Lavrov to come to Israel.

He further stressed that Israeli and Russian health authorities are in constant contact over the COVID-19 situation as both countries try to work out the best ways to revive tourism. According to the ambassador, the full restoration of bilateral cooperation is important for the economies of both countries.

However, Ben Zvi said it is unlikely that Russian tourists will be able to come to Israel soon, as the government is cautious about the renewed spread of the pandemic due to new virus strains.

Despite the pandemic, though, the Israeli embassy in Moscow is still planning events to commemorate the 30th anniversary of the restoration of diplomatic relations between the two countries, according to the ambassador.

A rise in tensions in the Persian Gulf and the broader Middle East is to be expected following the election of "ultraconservative" Ebrahim Raisi as Iran’s new president, Alexander Ben Zvi said.

"I think that the situation will be more tense, because the new president of Iran is, firstly, an ultraconservative, if we were to talk about a religious approach. However, should we discuss Israel in particular, he [Raisi] has recently announced that his country is 'ready to reestablish ties with everyone except Israel,'" Ben Zvi said.

Despite supporting a reactivation of the Iranian nuclear deal, President-elect Raisi has refused a possible meeting with US President Joe Biden, while reaffirming his promise to continue developing the Islamic Republic’s ballistic missile program and pledging to maintain his country’s support of militia groups across the region.

"Iran is a strategic threat to us. It is not just their nuclear program; they certainly have a military nuclear program, and they can talk about this indefinitely. There is also the matter of their ballistic missile program, which they also have, and it is not just aimed at Israel: they have ballistic missiles with ranges exceeding 2,000 kilometers, and these are not meant for Israel, Israel is closer," Ben Zvi added.

Described as an ultraconservative with strong ties to Iran’s Supreme Leader Ali Khamenei, Chief Justice Raisi was elected as president earlier in June with over 62% of the vote, marking a turn to the right in the country’s domestic and foreign policies.