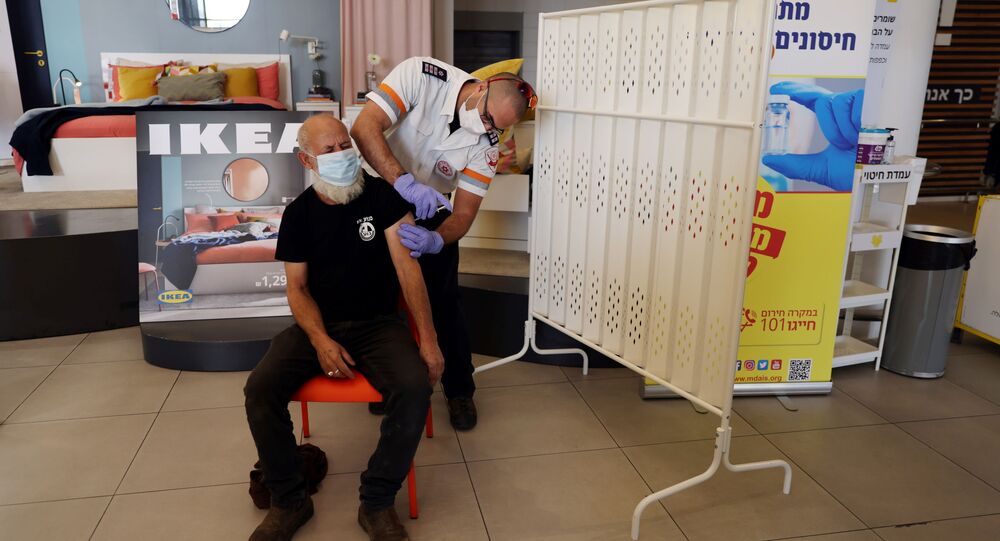 Should Israel be Worried About Rising Number of COVID-19 Cases?

With more than 5.5 million of its citizens vaccinated, the Jewish state was sure that the pandemic was over, but a recent surge in new cases has stirred fears that COVID-19 was back.

A surge of coronavirus cases in Israel has caused fears in Israel that another wave of the pandemic was just around the corner. After months when daily virus infections stood at less than 50 and the entire country considered "a green zone" -- almost free of COVID-19, recent weeks have seen the numbers going up.

Such was the case in the town of Binyamina, located in northern Israel, which now has more than a hundred active cases. A similar situation has also been observed in Modiin and several other locations across the nation.

More Contagious Than the Original Virus

Professor Cyrille Cohen, head of the Immunotherapy Laboratory at Bar Ilan University and a member of the Advisory Committee for Clinical Trials of Coronavirus Vaccines at the Ministry of Health, explains that surge by pinning the blame on the so-called Delta variant of COVID-19, which originated in India.

"We know that this strain can infect more people. In fact, it is 60 or 70 percent more contagious than the original virus."

Israel's first cases of the variant were discovered back in April. Back then, 41 cases were discovered, many among Israelis, who had come from abroad. In several months, the virus kept on spreading, and now Israeli media is sounding the alarm that a fourth wave is just around the corner.

But Cohen believes Israel has nothing to worry about, at least not at this stage. "The situation is not that bad," he calms down. "And the reason for this is the fact that we have a good level of protection and vaccination".

Since December 2020, Israel has vaccinated more than 5.5 million of its 9 million citizens. Recently, it has also started to inoculate children between ages 12 and 15 in a bid to prevent situations where schools would turn into hubs of the pandemic, but the fear is that the vaccination might not even prove that effective.

According to recent reports, a third of all those who were diagnosed with the virus had been vaccinated with the Pfizer vaccine. This is despite earlier claims that the inoculation has been effective against several strains of the virus.

Israel Not Sitting Idly By

This is the reason why Israel is not sitting idly by, relying only on the jabs that it has in stock. Earlier this month, Israeli authorities already started taking measures aimed at curbing the spread of the virus.

Towns and cities that have been branded as orange or yellow, meaning that the number of daily cases in them was relatively high, reimposed facial masks in schools that were dropped nationwide in mid-June.

The first batch of foreign tourists were supposed to arrive on 1 July; this date was pushed ahead a month. Citizens were urged not to travel abroad unless it was absolutely necessary, whereas the number of coronavirus checkup units at Ben Gurion International Airport has increased.

"We definitely need to be more stringent in the way we are handling what's going on at the airport," he said referring to a recent incident, where vaccinated Israelis coming from abroad were allowed in without undertaking a coronavirus test.

"We need to intensify the testing and we need to be more in control in the country's key locations. The government is trying to understand how to tackle the situation."

The new coalition led by Prime Minister Naftali Bennett is trying to do that. Unlike the previous government that started the battle against the virus with no previous knowledge, the current one has a year of experience under its belt and it will not hesitate to act quickly in the case of an emergency.

"Governments might have changed but people tackling the pandemic remained the same. Committees are the same too. So I doubt there will be less action on that front. Quite the opposite is true. Bennett will be taking a fierce approach when handling the virus."

First steps have already been taken in that direction. Israel is to reintroduce facial masks in closed places and public transportation starting Sunday. More measures are expected to be announced in the weeks ahead.

Although Cohen thinks masks can definitely be useful to keep the virus at bay, he also believes the pandemic is here to stay.

"The vaccination works and if the elderly are vaccinated and kids are less affected by the virus, eventually we will be able to live with it. But it won't disappear."